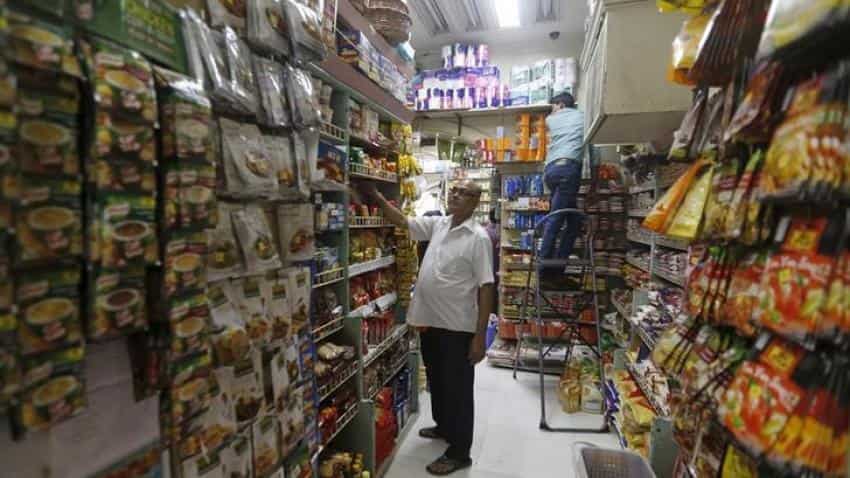 Food and beverage inflation, which accounts for nearly 50 % of the consumer price index basket was expected to have rebounded in August after prices fell in the three previous months. Image Source: Reuters
Written By: Reuters
RELATED NEWS

India`s retail inflation is expected to have picked up to a five-month high in August, largely driven by higher food costs, a Reuters poll showed, easing pressure on the Reserve Bank of India (RBI) to cut interest rates again after poor growth data.

Consumer prices were forecast up at 3.20 % in August from a year ago, jumping from July`s 2.36 %, according to the poll taken September 5-8 of nearly 40 economists.

If the consensus is met, it would be the highest since April, but below the RBI`s medium-term target of 4.0 % for the tenth consecutive month.

Food and beverage inflation, which accounts for nearly 50 % of the consumer price index basket was expected to have rebounded in August after prices fell in the three previous months .

Monsoon rains this year have caused damages to crops of some perishable food items and hindered movement of goods.

The resulting hit from a shortage of production and supply of vegetables such as tomatoes and onions - which are basic ingredients in Indian kitchens - suggests inflation will be elevated in coming months.

But rising price pressures will complicate the RBI`s policy path as the latest data for April-June quarter showed economic growth cooled to a three-year low.

"We do not see significant room for monetary policy accommodation given the fact that rates are near their all-time low and inflation is now on a rising trajectory," said Teresa John, an economist at stock brokerage Nirmal Bang.

Separately, the poll also predicted industrial output rose 1.2 % in July after contracting in June, despite disruptions caused by a new goods and services tax.

That revival was likely led by increased output in the eight core industries - which makes up about 40 % of overall industrial production.