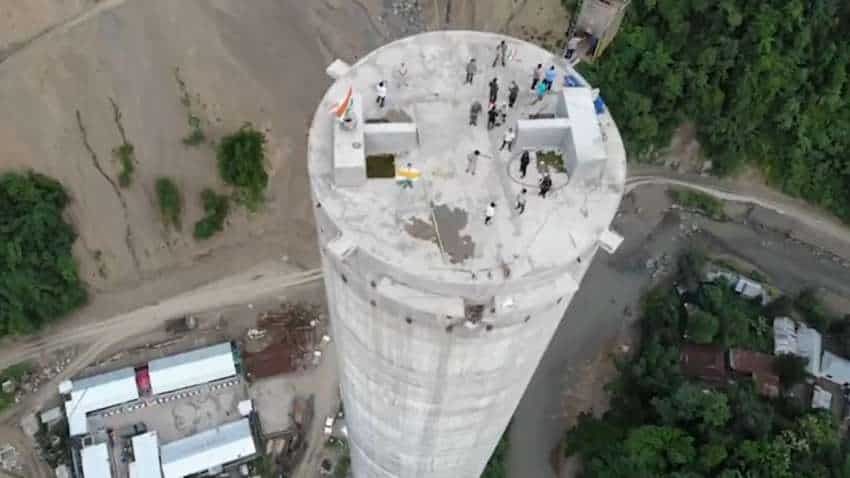 The project was launched in 2008 and declared as a National Project: Railway Ministry Twitter

The Indian Railways has unfurled the National Flag at the world's tallest railway bridge pie to join the Independence Day 2022 celebrations. The Ministry of Railways has shared a magnificent video that shows the Tricolour flying atop the Noney Bridge in Manipur.

The bridge which is being constructed across river Ijai near Noney is an engineering marvel. Its tallest pie height will be 141 meter, surpassing the existing record of 139 meter of Mala - Rijeka viaduct, Montenegro in Europe.

Our Tiranga flying at the ongoing world's tallest railway pier bridge project, Noney Bridge in Manipur, on the eve of India at 75 pic.twitter.com/p0whKj1qFp

The Ministry has tweeted a video of the Tricolour which is now being widely circulated on the internet. “Our Tiranga, flying at the ongoing world's tallest railway pier bridge project, Noney Bridge in Manipur, on the eve of #IndiaAt75,” the Ministry said in a Tweet.

As part of Jiribam-Tupul-Imphal new BG line project (111 Km), the total length of the bridge will be 703 meter. The piers of the bridge are constructed using hydraulic augers, the tall piers needed specially designed “slip-form technique" to ensure efficient and continual construction.

The project was launched in 2008 and declared as a National Project.