Independence Day 2018: Prime Minister Narendra Modi today said a new agriculture export policy will be unveiled soon to boost farm income as the government is on track to achieve the target of doubling farmers' income by 2022. 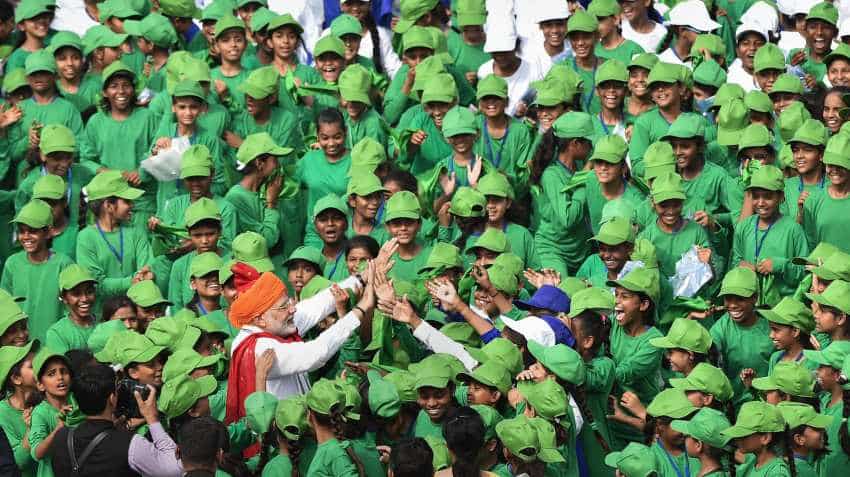 Falling rupee not a cause of worry: Niti Aayog VC

Independence Day 2018: Prime Minister Narendra Modi today said a new agriculture export policy will be unveiled soon to boost farm income as the government is on track to achieve the target of doubling farmers' income by 2022. Addressing the nation from the ramparts of the Red Fort on the occasion of 72nd Independence Day, Modi spelt out pro-farm measures taken during four years of his government, the cornerstone being the bold move to fix the minimum support price (MSP) of crops at least 1.5 times of the cost of production.

"The demand for higher MSP was pending for years. From farmers to political parties to agriculture experts, everybody was asking about it but nothing happened. We decided that farmers should get 1.5 times more price than their cost of production and implemented the decision," he said.

The Prime Minister said doubts were cast when he set the target of doubling farm income by 2022 but decisions like increase in price for crops have ensured that the government is on track of meeting the target.  Noting that in the changing times, farmers too are facing global markets and the government is working on an agriculture export policy in this regard. He, however, did not give details of the policy on the anvil.

The Commerce and Industry Ministry had in March had come out with a draft 'Agriculture Export Policy', aimed at doubling the agricultural exports and integrate Indian farmers and agricultural products to the global value chain. While the BJP had promised in 2014 to give farmers a price of 1.5 times of cost, an announcement to give effect to the promise was made in the government's fifth and final annual Budget presented on February 1 this year.

Last month, the government announced the minimum support price of kharif crops and hiked the MSP for paddy by a record Rs 200 per quintal. The MSPs of other kharif (summer-sown) crops were also raised sharply to help fulfil its poll promise to give farmers 50 per cent more rate than their cost of production.

"The country is producing record foodgrains. Our granaries are full," Modi said while highlighting the achievements in the farm sector. Farmers are adopting micro-irrigation, drip irrigation and sprinklers, he said, adding that the government is reviving 99 stuck irrigation projects.

"With a 'Beej se Bazar Tak' (helping farmers in getting seeds as well as accessing market) approach, we are bringing a remarkable change in the agriculture sector. The aim is to double farmers' income by 2022. Today, our entire focus is on bringing transformation and modernising the agriculture sector," Modi said. He said some people had doubt about achieving the goal of doubling farmers' income but the resolve of the government was firm.

"Hum makkhan par lakeer nahi, patthar par lakeer kheechane wale hain (decisions taken by us are cast in stone and not on butter)". The Prime Minister said the government is promoting value addition to boost the income of farmers.

In his about 90-minute speech, Modi spoke about the new avenues farmers are engaging in, like blue revolution and bee-keeping, as also solar farming. India, he said, is currently the second largest fish producer in the world and will soon occupy the top position. Referring to sugarcane farmers, he said the ethanol production has trebled.

Falling rupee not a cause of worry: Niti Aayog VC