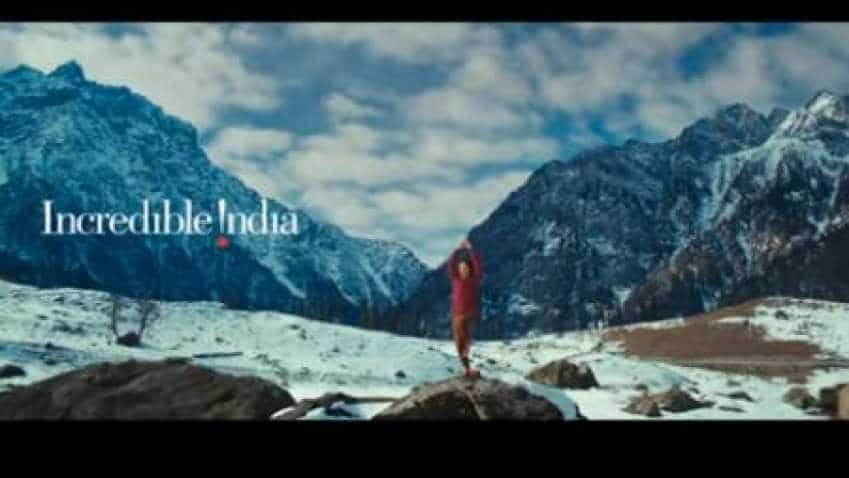 This series of transformative experiences was brought alive through unique storytelling in the format of autobiographies of travelers, with the tagline “Find the Incredible You”. Image source: Youtube
Written By: ZeeBiz WebTeam
Edited By: Harish Dugh
RELATED NEWS

The Incredible India's "Find the Incredible You" campaign released globally by the Ministry of Tourism during 2018-19 has won the Pacific Asia Travel Association (PATA) Gold Award 2019 in the “Marketing - Primary Government Destination” category, said a government statement, adding that this year’s awards attracted 198 entries from 78 organisations and individuals worldwide.

Notably, PATA Gold Awards are given to tourism industry organizations and individuals making outstanding contribution towards the successful promotion of the travel industry throughout the Asia Pacific Region. The winners of the awards set industry standards for excellence and innovation and serve as examples for others to follow.

As part of its promotional initiatives annually, the Ministry of Tourism releases global media campaigns under the ‘Incredible India’ in the television, print, digital and social media, in key and potential source markets overseas.  To put the campaigns to the next level, the ‘Incredible India 2.0’ was launched in September 2017, marking a shift from generic promotions undertaken across the world to market specific promotional plans and content creation.

The five new TV commercials were:

1. Yoga: “The Yogi of the Racetrack”
2. Wellness: “The Reincarnation of Mr. and Mrs. Jones”
3. Luxury: “The Maharani of Manhattan”
4. Cuisine: “The Masala MasterChef”
5. Wildlife: “The Sanctuary in Paris”

The statement said that the series of films have received a very good response registering over 153 million views on social media. The films were earlier awarded the First Prize in the category of TV Cinema Spot at the International Golden City Gate Tourism Awards at Berlin in March 2019.