In a sign that the Modi government crackdown against tax-evaders is going to get tougher, Union Minister of Finance and Corporate Affairs Nirmala Sitharaman asked taxmen to firmly deal with those who game the system. 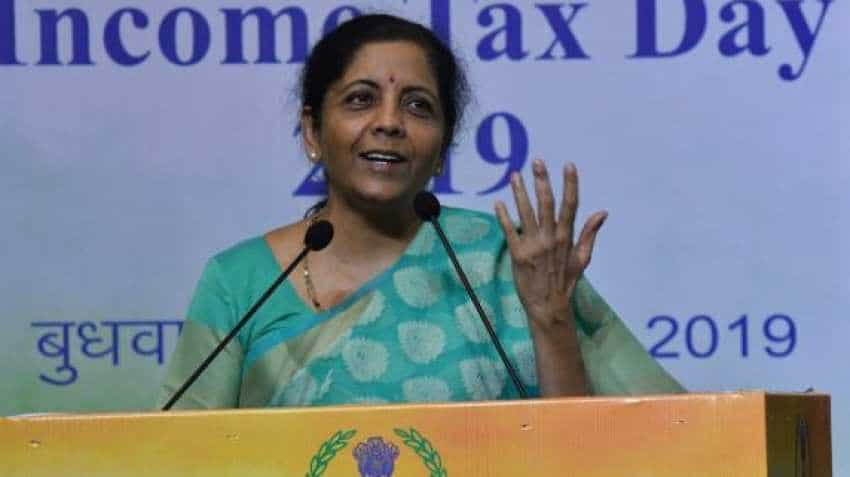 In a sign that the Modi government crackdown against tax-evaders is going to get tougher, Union Minister of Finance and Corporate Affairs Nirmala Sitharaman asked taxmen to firmly deal with those who game the system. While addressing officers at the Income Tax Day celebrations on Wednesday, Sitharaman asked the department to firmly deal with those who try to evade taxes and game the system while taking steps to provide better services to facilitate the honest taxpayers.

Borrowing from Kautilya’s Arthashastra, Sitharaman said the department should collect taxes like the Bee who sucks only that much nectar from the flower as is absolutely necessary.

The minister further said the three enforcement wings of the revenue department - the Income Tax department, the Enforcement Directorate and Directorate of Revenue Intelligence - should share the information about assessees base and profile of assessee for better coordination in identifying of tax evasion/ avoidance.

Sitharaman has exhorted the Income Tax officers to be prompt in redressing the grievances of the taxpayers and expand the tax base in a non-intrusive manner.

Speaking on the occasion, Anurag Singh Thakur, Minister of State for Finance and Corporate Affairs, underlined the importance of mobilization of resources as an important component in the vision of New India as envisioned by  Prime Minister Narendra Modi. He urged the department to take steps to encourage voluntary compliance and to address grievances especially pertaining to senior citizens and specially-abled persons.

Revenue Secretary Ajay Bhushan Pandey congratulated the department for becoming one of the few organizations in the world to have switched to almost cent per cent e-filing in such a short time. He also lauded the new initiatives launched in the area of faceless assessment and hoped that the department would continue to use data mining and other non-intrusive methods to augment revenue collection.