Including Rakesh Jhunjhunwala, this 'piece of jewel' made many crorepatis

Rakesh Jhunjhunwala favourite stock has risen over 1350 per cent in the last 10 years on absolute basis. That said, Rs 10 lakh invested in the stock in 2008 has turned into Rs 1.45 crore now. 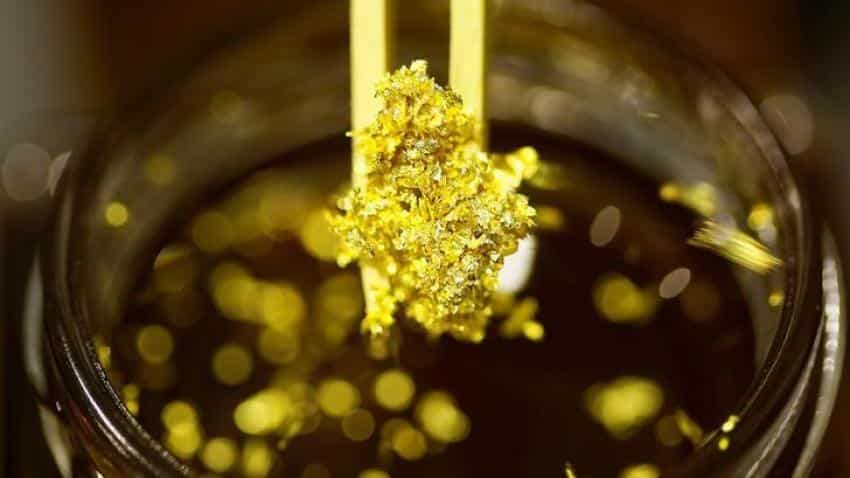 Stocks in Focus on October 9: Indiabulls Real Estate, NMDC, Titan; here are the 5 Newsmakers of the Day

Global brokerage CLSA calls it a 'piece of jewel'. For ace investor Rakesh Jhunjhunwala, it is a most-favourite stock. And why not! On absolute basis, the stock of this Tata Group firm has risen over 1350 per cent in the last 10 years. That said, Rs 10 lakh invested in the stock in 2008 has turned into Rs 1.45 crore now.

The stock is none other than Titan Company, strongest player in gems and jewellery segment, according to experts.

However, Titan share price today slipped over 1 per cent to Rs 935.15 on the BSE in Monday's trade.

Avinash Gorakssakar, HoR, Joindre Capital advised investors to buy Titan on any dips, holding it for long-term. "Titan just came out with strong set of numbers and management commentary also remained robust. We estimate FY19 earnings to come in good, and foreign investors also prefer this stock," he said.

Notable, the management refrained from giving FY19 guidance, but it reiterated its commitment to grow Jewellery revenues 2.5 times to Rs 500 bn in the next five years.

The company's Q4 earnings came in ahead of CLSA's expectations as its Q4 Ebitda rose 67 per cent YoY to Rs 4.6 billion, 15 per cent ahead of CLSA forecast.

"We remain positive on Titan, although easy money has been made with 100 per cent rally in the stock in the past 12 months. We upgrade EPS by 3-4 per cent and revise target to Rs 1,050 (50x Mar-20CL earnings)," CLSA said in a results review report.

Stocks in Focus on October 9: Indiabulls Real Estate, NMDC, Titan; here are the 5 Newsmakers of the Day