Even as Covid protocols restrict international and domestic transport, the cross border crime syndicates continue to make big money by smuggling truckloads of `sin goods` into India through land and sea routes. 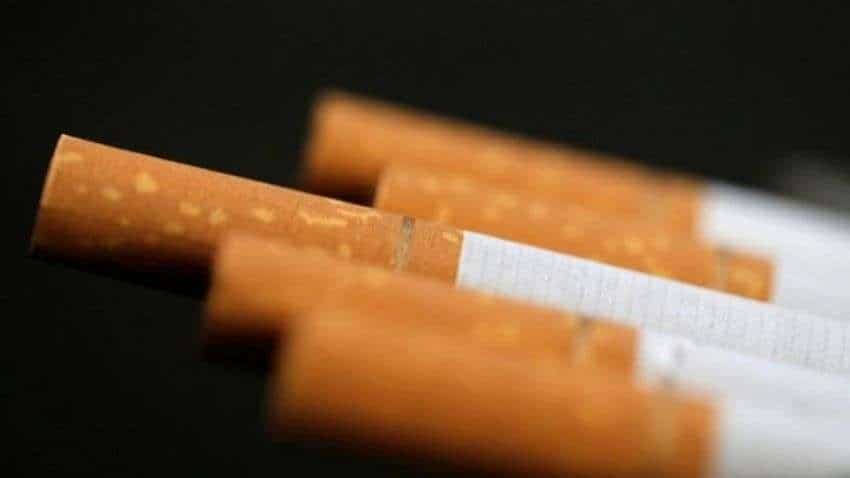 Cigarettes, seen as the most lucrative commodity having profit margins much higher than gold. Reuters Photo
Written By: IANS
RELATED NEWS

Even as Covid protocols restrict international and domestic transport, the cross border crime syndicates continue to make big money by smuggling truckloads of `sin goods` into India through land and sea routes. Two major transit hubs, Tamu (Myanmar) and Dubai have emerged as bases of top smuggling syndicates, involved in pushing large consignments of branded cigarettes, seen as the most lucrative commodity having profit margins much higher than gold.

Trailing illicit factories in Malaysia and Indonesia, Indian agencies have recently busted a Myanmar based crime syndicate that had been pushing truckloads of foreign brand cigarettes, primarily Marlboro, 555, and Esse Lights worth several crores. Confirming to IANS, the Commissioner of Customs (Preventive), V.P. Shukla said that his team seized two truckloads of branded cigarettes in the past two months in Uttar Pradesh, bearing Nagaland number plates. "It`s a very sensitive investigation, I would not comment more on the issue," said Shukla, a 1993 batch IRS officer, known for busting several smuggling rings active in India.

Elaborating on why cigarettes have become the most lucrative sin good, even more profitable than drugs and the yellow metal, former Chief of Directorate of Revenue Intelligence (DRI), D.P. Dash revealed, "Due to low production cost and very high rate of taxes on cigarettes, the profit in smuggling this item is by far the highest. The risk too, in comparison to smuggling drugs and fake currency, is minimum while dealing in contraband cigarettes. Therefore, for the underworld kingpins, `buttlegging` is the most sought after crime these days." In fact according to the estimates of the US Department of State, buttlegging or illicit trade in cigarettes is causing a worldwide tax loss of over US$ 50 billion annually. India also happens to incur major losses as crime syndicates active in the sub-continent now focus primarily on buttlegging.

In the season of pandemic, it`s not gold but cigarettes, where smuggling rings are trying to make big money. "As purchasing power gets a little tight, people might be shy of investing in jewellery or even gold, but those addicted to smoking won`t quit the stick easily. Besides, the retail distribution chains selling cigarettes, like pan shops or grocery stores continue to operate during lockdown or curfews. So this illicit trade goes on," said a Customs officer associated with a team which busted one of the biggest cigarette smuggling rings during a raid at Nehru Port Trust, in Navi Mumbai, early last month. According to this officer, the syndicates may be active but DRI sleuths are playing a vital role in dismantling smuggling rings involved in pushing sin goods and contraband narcotics into the country.

Top sources in Customs said that Delhi, Mumbai, Chennai and Bangalore are major hubs of distribution of contraband cigarettes. On Tuesday (April 20) when a truck load of foreign cigarettes, bearing a fake Nagaland number plate was passing through Lucknow, the Customs were quick to seize the consignment, worth over Rs 2 crore. Sources said that three smugglers were arrested on spot. Thousands of cigarette packs recovered from the smugglers had a barcode which revealed that big consignment of Marlboro brand of cigarettes were diverted from the duty free shops in Switzerland. The sleuths wondered how this consignment from Europe reached Myanmar and was later pushed into India through Moreh border in Manipur. The consignment was expected to reach Delhi where the packs would have been finally distributed in Delhi-NCR market.

How cleverly the consignment is transported from a remote Northeast border to the heart of the National Capital Region (NCR) is too interesting. For instance, the truck seized in Lucknow for smuggling cigarettes was owned by a transporter of Sikar district in Rajasthan. The transporter registered the truck in Haryana and later on re-registered the same truck with Nagaland transport authorities. So while the number plate of the truck bears Nagaland registration, the fast tag, recorded on several highway tolls, bears a Haryana registration number." At every stage, smugglers create such layers to hide their identity. From fake registration plates of trucks, to fake fast tags, and from forged Aadhar cards to sim cards, all documents used by them are usually fake. In fact, more often even the gang members do not know the actual consignee," a source disclosed to IANS.

Apart from the Myanmar-India border, the smuggling kingpins based in Dubai carry major operations through sea route. On March 1, and later on January 10, this year, DRI sleuths, in two different raids found huge consignments of foreign cigarettes at Jawahar Lal Nehru port trust, in Navi Mumbai. "Dubai is a major transit point from where such consignments are shipped to India. Though illicit cigarettes are reportedly manufactured in Indonesia and Malaysia, the consignments are initially shipped to Dubai from southeast Asia and then re-routed to Mumbai. At present Myanmar and Dubai are two major transit points of smuggling contraband items to India. The DRI sleuths have been tracking these syndicates round on a 24-hour basis, but we need more specific inputs, primarily from the insiders or the public informers to wipe out the crime which is incurring heavy tax losses to the country," D.P. Dash, former Director General of DRI suggested.