The floods-ravaged God's own country has taken a giant leap on the international cruising map. As the new season gets underway, Cochin Port is set to host the highest number of international cruise liners, dislodging Mumbai Port which held the Numero Uno position for a long time. 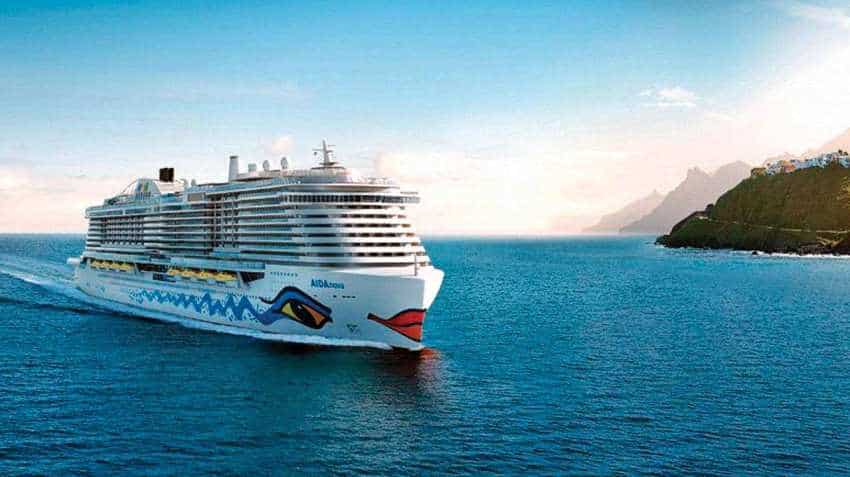 The floods-ravaged God's own country has taken a giant leap on the international cruising map. As the new season gets underway, Cochin Port is set to host the highest number of international cruise liners, dislodging Mumbai Port which held the Numero Uno position for a long time.

Despite floods playing havoc across the state, Cochin Port has not reported any cancellations so far. While the number of cruise liners sailing to Cochin has seen a steady increase, Mumbai has reported a slip. Figures show that Mumbai Port is on a decline for the last three years. During the 2018 season that would be flagged off this month, Cochin will see 50 international cruise giants making a port of call as against 44 in Mumbai.

What has worked in favour of Cochin Port is its proximity to the international shipping route.

"Cochin is more en route than Mumbai when a ship is moving from East to West (Australia-Singapore-Colombo-Europe) and vice-versa. But if sailings start from Dubai to India, Mumbai is a natural choice," Nalini Gupta, managing director of Lotus Destinations (GSA of Costa Cruises in India), said. Costa Cruises has not made any changes to the scheduled sailings post the floods in Kerala, she said.

The other technical factors that make cruise liners opt for Cochin over Mumbai is the length of the port's berth, which makes it easier for bigger cruise liners to berth. Secondly, draught at Cochin Port too favours large cruise liners.

Generally, itineraries are fixed and sold at least a year before the ship sails. Accordingly, bookings are made at several ports as per the availability of berths. Changes at the eleventh hour will always have a cascading effect on sailing and various reservations, and may create a havoc on their subsequent trips too.

In Mumbai Port, the berth that is primarily earmarked for cruise ships and having a cruise terminal is also utilised by cargo vessels. The port allows such berthing only when many luxury passenger liners scheduled to be berthed. For instance, during the last cruising season a bulk cargo vessel was allotted to berth on the terminal. Steel and iron rolls were kept at the berth until a day before the cruise ship was to arrive. Overnight, the entire berth was cleared of the cargo and cleaned to welcome international tourists.

Cruising data suggest that more number of luxury liners sail between from the East to the West and vice-versa, rather than plying between ports in Europe or Far East. Most ships that sail to/from Dubai make a halt at both Mumbai and Cochin.

A senior Mumbai Port official said there are several enquiries for the next year.

"Fixing itineraries and berths on a specific date is done almost a year in advance. The numbers that we have today is on the basis of bookings made last year. At the moment, cruise operators are approaching us for availability for next year. It would be incorrect to say that there is a trend of cruises preferring Cochin over Mumbai. Let a couple of years pass by to actually see if there really is such a trend or if it is just a one-off case," he said.