A final presentation of over Rs 400 crore proposal of ropeway service was recently given by the team of WAPCOS Limited- an accredited public sector enterprise under the Union ministry of Jal Shakti, government of India. 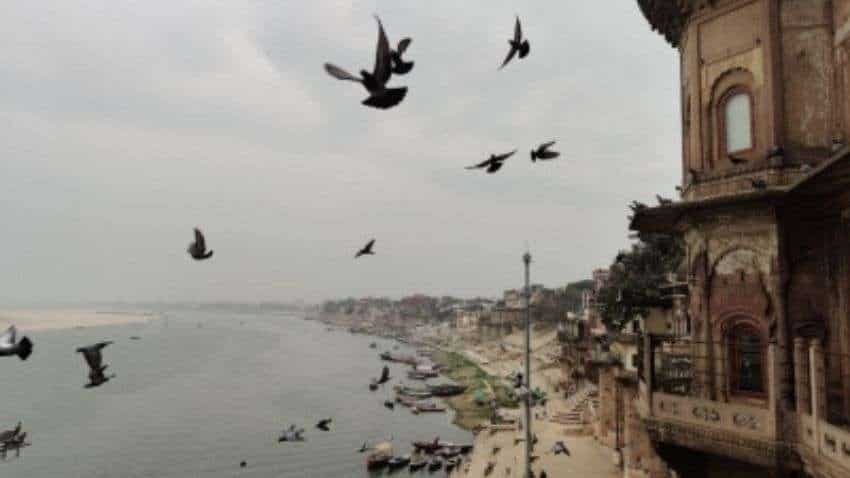 Varanasi will soon become the first Indian city to use the ropeway services in the public transportation. About 220 cable cars will be available between Cantt railway station (Varanasi Junction) and Godowlia.

A final presentation of over Rs 400 crore proposal of ropeway service was recently given by the team of WAPCOS Limited- an accredited public sector enterprise under the Union ministry of Jal Shakti, government of India.

Divisional commissioner Deepak Agrawal said that final presentation on pilot phase of ropeway service by the WAPCOS had been submitted to the government for approval.

The project will be executed on public private partnership mode.

Providing details of the project, he said, "The ropeway service in five km area will start with 220 cable cars. Each cable car will have 10 seats. These cars will move in a gap of 90 seconds. As per the final alignment, the main terminus will be at Cantt railway station while other stations will be at Sajan, Rathyatra and Girjaghar (Godowlia) crossings. A turning line will be created between Cantt railway station and Sajan crossing."

Four stations of ropeway services pilot phase will be at the height of above 11 meters, he said adding, that each station will be equipped with escalators.

While finalizing the alignment of ropeway lines, the agency has tried to ensure that minimum buildings are coming under it.

The commissioner said that only 29 buildings are coming under it.

According to officials, the WAPCOS was roped in for the introduction of ropeway in Kashi after the ministry of urban development signalled for go ahead, in principle, with this mode of transportation under MRTS (Mass Rapid Transport System).

Ropeway was opted as one of the components of MRTS following the rejection of metro rail plan for the city in June 2018.

The Varanasi Development Authority had asked Rail India Technical and Economic Service (RITES) to prepare a proposal by incorporating different means of transportation that remain feasible for the city.