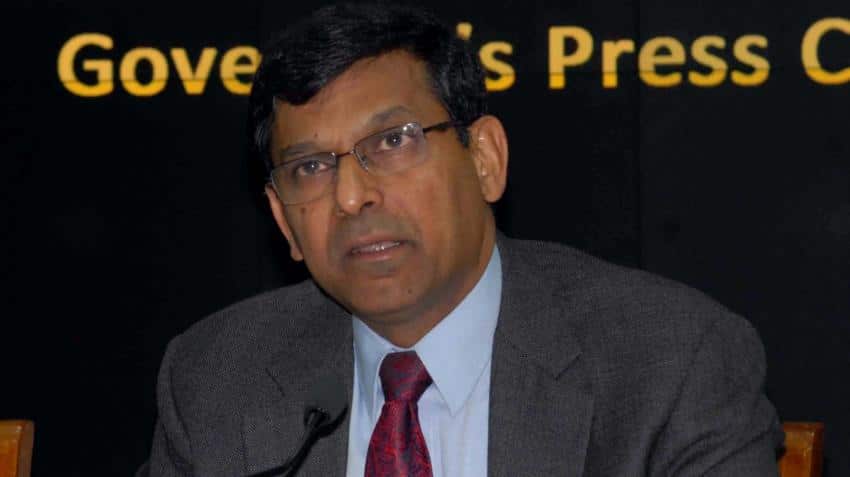 This short list will be handed over to the government who will have the final say. Photo: IANS
Written By: ZeeBiz WebTeam
RELATED NEWS

This is the first time that an experts committee has been tasked with shortlisting candidates for the RBI governor. It will also interview them.

There is a lot of speculation about Raghuram Rajan's tenure, which will end in September. The financial sector regulatory appointment search committee (FSRASC) will now draw up a list of candidates that can replace him.

This short list will be handed over to the government who will have the final say.

But, last year, the panel interviewed candidates for Sebi chief and put forth its recommendations but the government avoided the new candidate and reappointed UK Sinha for a year, the report said.

This means, while the move raises questions about whether Rajan will get a term extention or not, there's no way to tell which way the decision will go.

The FSRASC committee comprises of the additional principal secretary to PM P K Mishra, and three outside experts - Rajiv Kumar of Centre for Policy Research, Manoj Panda of the Institute of Economic Growth and Bimal N Patel from Gujarat National Law University.

The war of words and speculation started with BJP MP Subramanian Swamy leveling six allegations against Rajan, including that of sending confidential and sensitive financial information around the world, and asked the Prime Minister to sack him immediately.

Since then, lot of politicians and businessmen have put forward their views. Infact, internet is also abuzz with at least seven online petitions doing the rounds in support of a second term for the RBI governor and have together garnered nearly 60,000 signatures so far on Change.org.

Last week, Rajan finally broke his silence on criticism received from Swamy. Rajan snubbed him by saying that he welcomed only genuine criticism and not attacks on him as an individual or the position he holds.