Important to separate sentiment from facts on H1B: Nasscom chairman 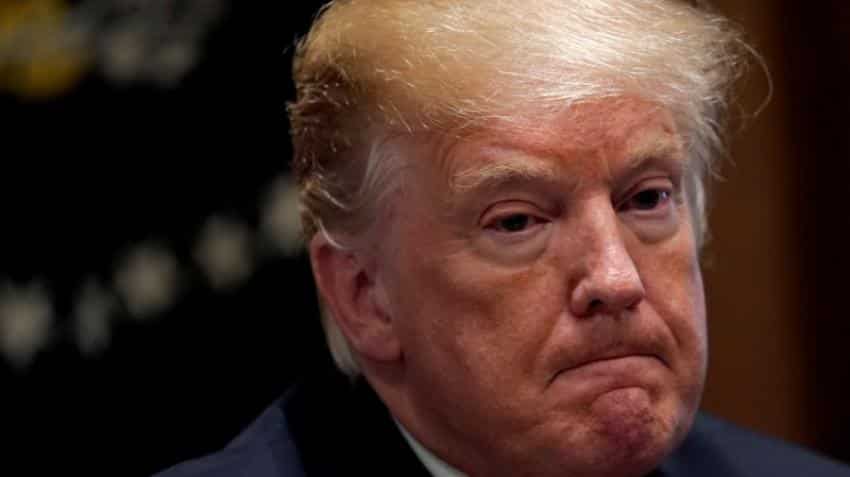 Amid the Donald Trump administration's heightened scrutiny of H1B work visas and uncertainty among IT professionals, Nasscom Chairman Rishad Premji has said it is important to "separate the sentiment from the fact" regarding the visas.

The H1B visa is a non-immigrant visa that allows US companies to employ foreign workers in speciality occupations that require theoretical or technical expertise.

The technology companies depend on it to hire tens of thousands of employees each year from countries like India and China.

"I think it is important to separate the sentiment from the fact, Premji told PTI in an interview here.

He asserted that of the 65,000 H1B visas issued every year, the Indian IT industry uses less than 10,000, adding that 70 per cent of visas go to Indians but they do not go to Indian companies. This is very, very important to appreciate.

He said it is also a fact that by 2020 there will be shortage of 2.4 million people, according to data from the Department of Labour, in STEM (Science, Technology, Engineering and Maths) talent in the US, and half of these will be in the computer and IT related services.

Premji stressed that it is important to keep in mind that there is a base of seven million people in the technology space in the US.

"We are talking about 10,000 people on a seven million strong base."

We have got to put things in context and separate the sentiment from the fact, he said.

Premji, the Chief Strategy Officer and Member of the Board at Indian IT services giant Wipro, was in the city to address the NASSCOM C-Summit.

When asked about the H1B visas and the Trump administration's increased scrutiny over the temporary work visas most sought by Indian IT workers, Premji said that "fundamentally from a trade perspective, we have got to address more holistically the mobility of services as we address the mobility of products, which we have historically thought about in terms of trade. The mobility of services is as important a component.

He said that legislatively, nothing has changed regarding the H1B visas. While there are a lot of legislations being proposed, our sense is that it is difficult to predict them going through. But there is a strong enough conviction that they will not go through in their current avatar. It is difficult to get the both the Senate and the

House to pass off on these, he said referring to various legislations proposing changes and amendments to the H1B visa rules and processes.

He, however, added that the administrative interpretation of some of the existing legislation is creating some level of anxiety, including through more demand for Request for Evidence (RFE) or more scrutiny when the visa comes up for renewal, without considering the fact that it was approved in the first place.

"Those kind of things create a lot of administrative overhead and cost and that we have got to find a way of addressing."

He said that while these issues are "universal" and not for Indian IT companies only, "we have got to try and find a way to help the administration appreciate the value that these technical skills help to make organizations here more competitive.

Premji said there is a huge dearth and shortage of technical talent in the US. "i m quite hopeful that we will continue to work as an industry body to address that."

As an industry body, Nasscom is driving a lot of effort in terms of having strong spokespeople, working with research agencies and media outlets to make sure a "very fact-based and unemotional view" of the challenges and opportunity is presented.

Since taking office, Trump has ordered an overhaul of the H1B visa programme to check visa fraud and abuse, and his administration has taken steps to tighten scrutiny of applications, adding to the uncertainty and anxiety of thousands of IT workers on the visas over their future.

The National Foundation for American Policy in a report said that the 8,468 new H-1B visas for Indian-based companies in the finanacial year 2017 equaled only 0.006 per cent of the 160 million in the US labour force.

The top seven Indian-based companies received only 8,468 approved H-1B petitions for initial employment in FY 2017, a decline of 43 per cent for these companies since FY 2015, when it received 14,792 H-1B visas.

The data indicate the problem is not which companies are receiving H-1B visas, but that the 85,000-annual limit is too low for an economy of the size of the United States, it argued.

Based on the H-1B visa data obtained from the US Citizenship and immigration Services (USCIS), the foundation said that the Tata Consultancy Services (TCS) received 2,312 H-1B visas in 2017 as against 4,674 in 2015, registering a drop of 51 per cent.