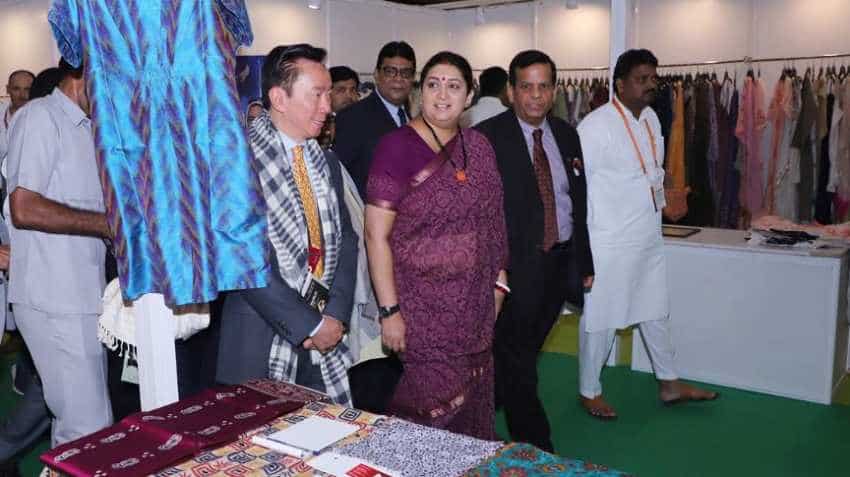 The GST rates are lesser than the pre-GST incidence of taxes on these goods. To reduce the cost of the garment industry, GST rate on manmade fibre yarns has been reduced from 18% to 12%. Further, the refund of accumulated input tax credit on fabrics has also been allowed to reduce the cost of fabrics which is a major input for garments, said Irani.

The minister further said that under the Interest Subvention Scheme, it was announced in the budget speech that Rs 350 crore allocated for two per cent interest subvention for all GST-registered MSMEs on fresh or incremental loans.

Irani also pointed out several steps taken by the Government for the promotion of investment, production exports and for creation of new job opportunities in the textile sector:

- The government has announced a Special Package for garments and made-ups sectors of Rs 6000 crore which was launched in 2016 to promote investment, boost exports and employment generation of around 1.11 crore jobs.  The package offers Rebate of State Levies (RoSL), labour law reforms, additional incentives under Amended Technology Upgradation Fund Scheme ATUFS and relaxation of Section 80JJAA of Income Tax Act.

- Amended Technology Upgradation Fund Scheme is being implemented to upgrade technology/machinery of textile industry with an outlay of Rs. 17,822 crore during 2016-2022 which will attract investment of Rs.1 lakh crore and generate 35.62 lakh employment in the textile sector by 2022.

-  Under the Scheme of Integrated Textile Park (SITP), Government provides 40% subsidy with a ceiling of Rs.40 crore to set up Textile Parks for creation of textile infrastructure and employment generation.