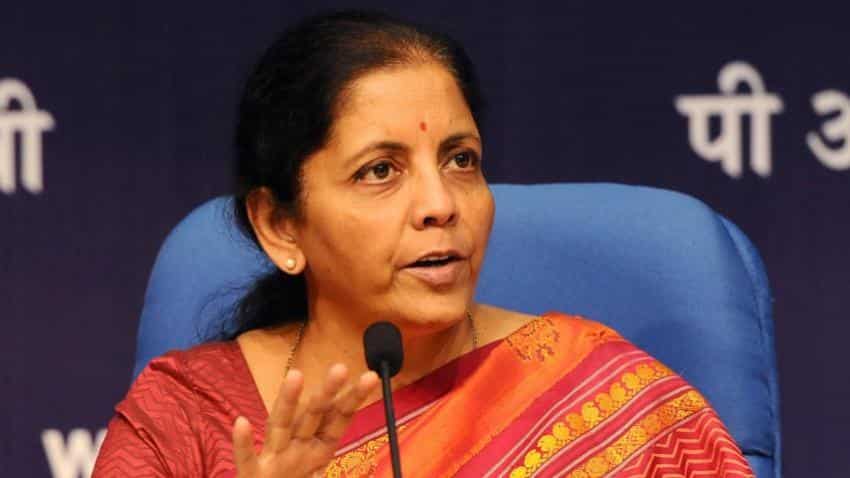 To strengthen the exports in India, the ministry roll out a scheme called as TIES or Trade Infrastructure for Export Scheme. Photo: IANS/PIB
Written By: ZeeBiz WebTeam
RELATED NEWS

Nirmala Sitharaman Minister of Commerce and Industry said that slowdown in world economy has resulted in decrease in India's exports.

Sitharaman said, "Though, since last January we have managed to contain our trade deficit due to controls on imports, there is an immediate need to synergise our efforts and jointly take appropriate steps to boost India’s exports - which is the only sustainable way in today’s international trade environment."

She added, "As you already know, there is a slowdown in world economy which has resulted in decrease in some of India’s traditional exports."

To strengthen the exports in India, the ministry roll out a scheme called as TIES or Trade Infrastructure for Export Scheme.

In November 2016, exports from India witnessed growth of 2.3% on year-on-year basis to $ 20 billion (over Rs 1.26 lakh crore). However, despite a positive growth the Indian exports were subdued since the start of current fiscal (FY17), growing by 0.1% from April – November 2016.

As per the minister, one such area that requires immediate intervention is that of facilities for testing, certification, trace-back, packaging and labeling.

She added, “As some of you may have seen on the Indian trade portal, a hundred to hundred and fifty SPS notifications and a similar number of TBT notifications are being issued by WTO member countries each month. Around 50% to 60% of these measures have the potential to impact our trade.”

"While IT and IT enabled services have an overwhelming predominance in our services exports, these are largely restricted to the US and EU markets and are therefore vulnerable to any changes imposed by these two trading blocks," explained Sitharaman.

Talking on service exports, She said, "I would also like to draw the attention of the States towards our services exports where we not only have a steady trade surplus but also a lot of untapped potential. Our services trade surplus offsets our merchandise trade deficit to an extent and along with overseas remittances, keeps our current account deficit in check."

She added, "There is a need to diversify our services exports basket by enabling more sectors and to breach more markets."