CIABC is the apex body of the Indian Alcoholic Beverage Industry 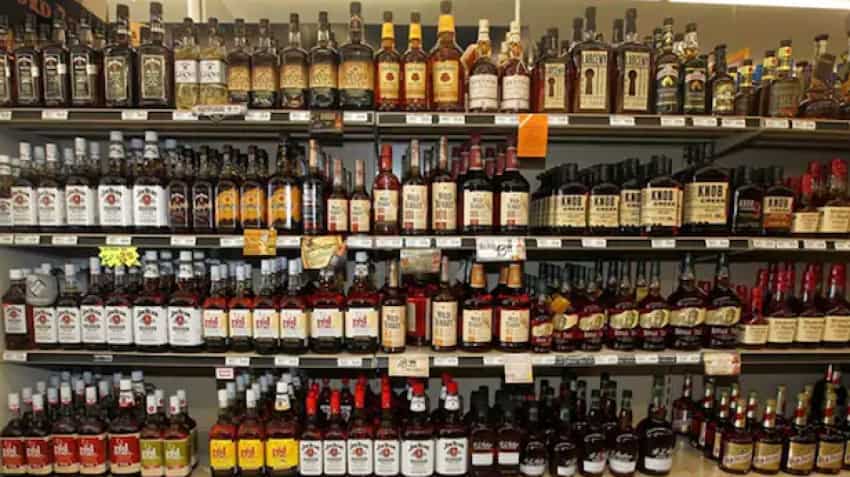 However, on a sequential basis, sales of IMFL witnessed an uptick from the COVID-19 impacted April-June quarter. Source: Reuters

The liquor industry has reported a decline of8.98per cent at 78 million cases in the July-September quarter of this fiscal in the Indian-made foreign liquor (IMFL) segment, according to data from CIABC.

The industry had sold 85.7 million cases (9 litres each) during Q2/FY 2019-20, according to data compiled by the Confederation of Indian Alcoholic Beverage Companies (CIABC).

CIABC is the apex body of the Indian Alcoholic Beverage Industry. Its members include major Indian companies who manufacture and market their product range in India and abroad.

However, on a sequential basis, sales of IMFL witnessed an uptick from the COVID-19 impacted April-June quarter.

The industry had witnessed a de-growth of 48.9 per cent as trade channels were mostly closed during the quarter due to the restrictions imposed during the lockdown, it added.

For the first half of the fiscal (April-September), all India sales volume growth for the IMFL segment was down?29.06?per cent to 122 million cases, in comparison to 172 million cases in H1 of FY 2019-20.

"Leaving out April, when the entire liquor trade was shut down under lockdown, the sales growth for the period May to September in 2020 was (-) 16 per cent over the same period last year,? said CIABC.

Though the pan-India liquor sale has improved in the second quarter, it was the first quarter (April-June) which did the maximum damage.

"Second quarter (July-Sept) sales improved over the first quarter, rising up to 78 million cases of IMFL which was 9 per cent below the same period last year. The comparable number for the first quarter (April ? June) was (-) 49 per cent,? it added.

According to CIABC, drop in sales was higher in states as -- Andhra Pradesh, Chhattisgarh, J&K, West Bengal and Rajasthan -- which continued to impose high Corona taxes on liquor after retail trade was resumed.

While some states such as Punjab have shown improvement of 20 per cent in Q2/FY 2020-21 sales, followed by Haryana with 17 per cent and 15 per cent by Uttarakhand. Telangana and Uttar Pradesh recorded 7 per cent and 6 per cent growth respectively.

According to CIABC, these states stayed away from imposing High Corona taxes.
After the retail sales of liquor were resumed in May this year, following six weeks of closure during lockdown, several state governments facing a shortage of financial resources imposed a higher tax on alcoholic beverages.

Some states as Andhra Pradesh, West Bengal, Puducherry, and Rajasthan, still continue to impose corona tax as high as 50 per cent.

Commenting on it, CIABC Director General Vinod Giri said: "The inclination of some state governments to impose high taxes on alcohol, assuming it will yield greater revenues, is greatly misplaced.

"There is empirical evidence that price increases above 5-10 per cent tend to start suppressing demand causing fall in sales volume, thus defeating the whole purpose of tax increase.?

According to him, some state governments, which had imposed high taxes, have reviewed and have rolled back tax increases.

However, some states continue to persist with high taxes. We are concerned about what future holds in those states and have highlighted to respective Governments that they must roll back tax increases in order to arrest the fall in sales, sustain tax collection, and prevent consumer misery,? Giri added.