IMD regional centre has predicted moderate to heavy rainfall in Chennai and adjoining areas. Thunderstorms and moderate rain is likely in many parts of Chennai on Monday. 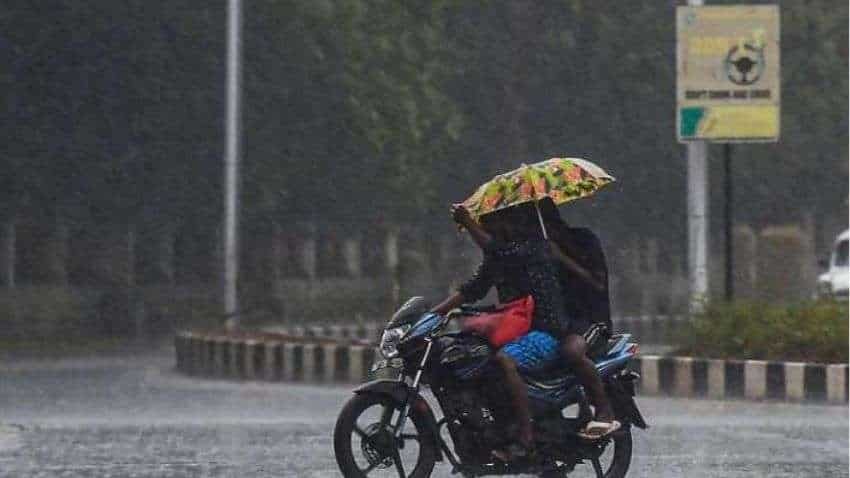 The India Meteorological Department (IMD) regional centre has predicted moderate to heavy rainfall in Chennai and adjoining areas. Thunderstorms and moderate rain is likely in many parts of Chennai on Monday, the weathermen said.

The forecast said that the sky would be cloudy with thunderstorms and rainfall in some areas.

Chennai received heavy rainfall on Sunday. According to weathermen, the rain is likely due to upper air circulation and convergence of wind from northwest over northern parts of the state.

Meanwhile, due to heavy rainfall on Sunday, the Poondy reservoir or Sathyamoorthy Sagar, which is the major source of water to Chennai city, released water at the rate of 1000 cubic feet per second (cusecs). The state Water resources department in a statement on Sunday said that the water level in the reservoir touched 2823 mcft and hence water had to be released.

The maximum water level at the Poondi reservoir is 35 ft and on Sunday it touched 33.95 ft.

A senior official with the Water Resources Department said the state would continue to release water from Poondy reservoir as the water flow into the reservoir is high. This was following the continuous inflow of water from the two reservoirs in Andhra Pradesh.

Water from the Ammapalli reservoir and Kandaleru reservoir are flowing into the Poondy reservoir due to continuous rains near the catchment areas of these reservoirs.

The official said that more water would be released from the reservoir on Monday also depending on the rainfall in Tiruvallur and adjacent areas of the reservoir as well as flow of water from other reservoirs in Andhra Pradesh.