The India Meteorological Department (IMD) in a press conference has said that the critical Southwest monsoon will be normal this year. 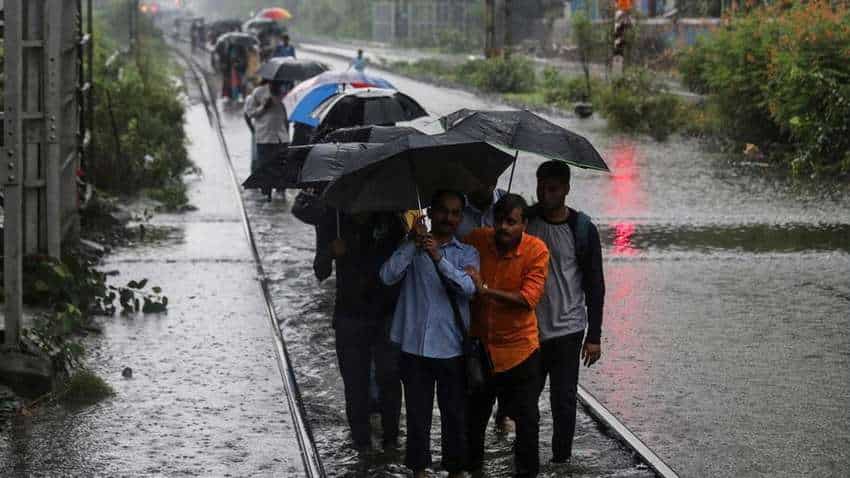 IMD predicted that monsoon will hit Kerala on June 1, Mumbai and Kolkata on June 11, Pune on June 10 and Delhi on June 27. Reuters photo.
Written By: Prashant Singh
Edited By: Harish Dugh
RELATED NEWS

The India Meteorological Department (IMD) in a press conference has said that the critical Southwest monsoon will be normal this year. This will come as great relief for the entire country that is in the grip of coronavirus lockdown and farmers are stuck at home unable to even harvest their crops that are ready to be harvested. Talking about the forecast for rainfall season in the country, IMD said the Long Period Average (LPA) of monsoon will be 100 per cent. However, IMD also said that there is a 9% possibility of less than normal monsoon. At the same time, IMD forecast also shows that there is a higher possibility of more than normal monsoon this year!

IMD said that normal monsoon is important for agriculture and economy. "By May-June, the monsoon picture will be even better. However, in many states, monsoon onset may witness a delay of 7-10 days.

IMD predicted that monsoon will hit Kerala on  June 1, Mumbai and Kolkata on June 11, Pune on June 10 and Delhi on June 27.

Earlier, the Ministry of Environment, Forest and Climate Change, on Tuesday, had said the air quality of the national capital could to deteriorate due to approaching dust storms from the western India.

This has come a day after the city saw 'moderate' AQI at 126, the highest so far during the lockdown. The air quality was largely in the 'satisfactory' range throughout this period.

The air quality deterioration could be attributed to external dust and had nothing to do with the local emissions, the Ministry said. Kuldeep Srivastava, head of the regional meteorological centre at the Indian Meteorological Department (IMD), told IANS tiny particles known as PM10 would be the main pollutant due to lifting of dust. "Due to western winds, low humidity, rise in temperature and no rainfall, dust is lifting and blowing towards Delhi from Rajasthan. This will deteriorate the air quality of the region," he said.

UPI PIN is not a guarantee of security; remember these tips to avoid online fraud

Ban on Chinese apps: Here are the alternatives for TikTok, Shein, UC Browser, others