IMD Alert: It was a clear and sunny day in the national capital on Saturday with the mercury dipping below 5 degrees. The Met forecasts overcast condition with light rain on Tuesday and Wednesday. 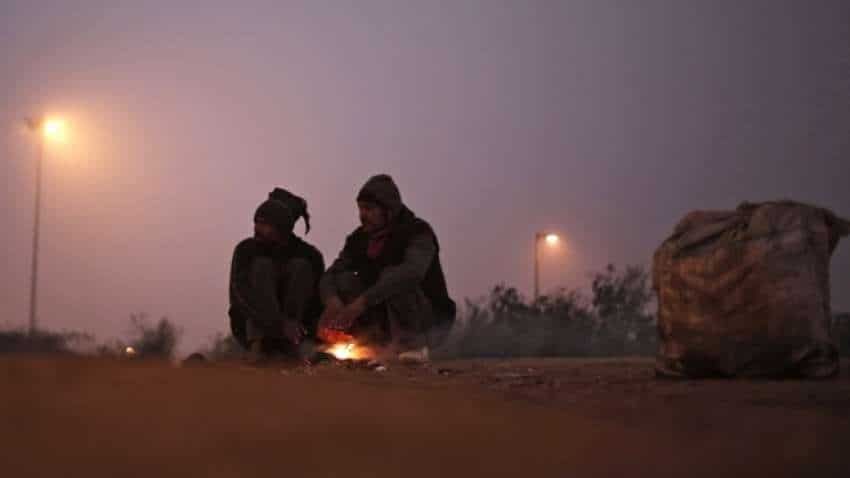 IMD Alert: It was a clear and sunny day in the national capital on Saturday with the mercury dipping below 5 degrees. The Met forecasts overcast condition with light rain on Tuesday and Wednesday.  The air quality improved slightly from `very poor` to `poor` category as light breeze has been blowing since Friday.

The minimum temperature was recorded at 4.8 degrees Celcius, and the maximum was likely to hover around 21 degrees, the India Meteorological Department said. At least 21 trains were delayed due to severe fog in several parts of northern India on Saturday, compared to 12 on Friday.

According to the Centre-run System of Air Quality and Weather Forecasting (SAFAR), the overall air quality index (AQI) of Delhi on the day was `poor` at 208 with PM10 at 118 and PM2.5 at 63.

SAFAR predicts further improvement in the AQI in Delhi later in the day.

"The high ventilation has helped to flush out the pollutants and led to betterment of AQI. SAFAR forecast suggest marginal deterioration in AQI during the night," said SAFAR.

The AQI is likely to deteriorate to the poor category on Sunday.

Westerlies keep extra nip in Punj-Haryana air
A cold north westerly wind kept an extra nip in the air on Saturday with Karnal town in Haryana recording a low of 2.5 degrees Celsius, an official said here.

Mild rains is forecast for the region on Monday and Tuesday.

The India Meteorological Department (IMD) official said these winds were responsible for the chill in the region.

These winds after passing over snow-capped peaks in Jammu and Kashmir, Himachal Pradesh and Uttarakhand were reaching the region, making the people shiver.

Chandigarh, the capital city of Punjab and Haryana, recorded a low of 6.2 degrees Celsius, a fall from Friday`s 7.7 degrees.

In Haryana, Hisar, Rohtak and Ambala registered their respective minimum at 3.5 degrees, 3.8 degrees, while Narnaul saw a low of 3 degrees and Bhiwani 6.9 degrees Celsius.

No major fog condition was reported from anywhere in Punjab and Haryana, bringing much relief to the motorists.

A cold wave continues to sweep Himachal Pradesh on Saturday, with its higher reaches shivering under sub-zero temperatures.

There are chances of snowfall in mid and higher hills from Monday night as western disturbances are approaching the region, an official at the meteorological office here told IANS.

The minimum temperature in Shimla was 5.7 degrees Celsius, down from Friday`s 4.5 degrees, he said.

Keylong in Lahaul and Spiti district and Kalpa in Kinnaur district saw a low of minus 8.3 and minus 5 degrees, respectively.

Dalhousie in Chamba district recorded a low of 5.1 degrees, while it was 2.8 degrees at Kufri. The night temperature at Dharamsala stood at 3.2 degrees.