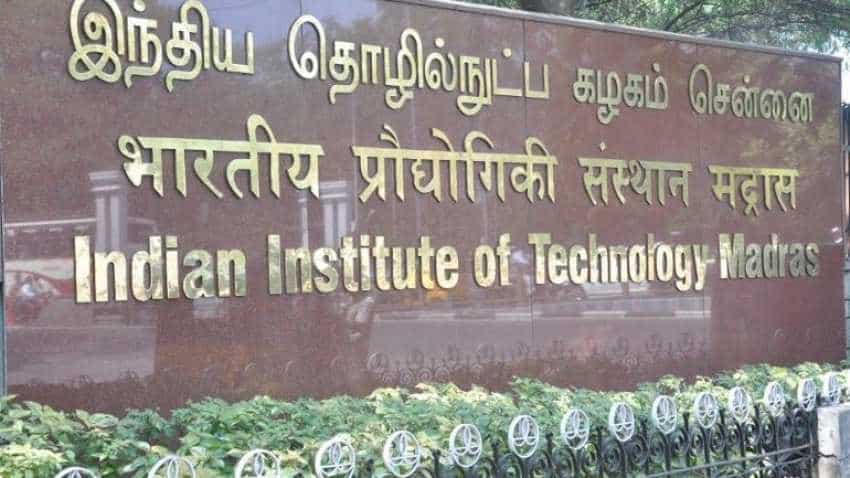 Indian Institute of Technology Madras Researchers are developing indigenous processes for efficient recovery of oil from mature offshore wells. Collaborating with research laboratories in Australia, IIT Madras researchers are studying the efficacy of an emerging enhanced oil recovery method called ‘Low-Salinity Enhanced Oil Recovery’ (LSEOR). Their findings have recently been published in two journals, Journal of Petroleum Science and Engineering and Energy and Fuels. The Research is being headed by Sangwai, Professor (Petroleum Engineering), Department of Ocean Engineering, IIT Madras, who studies state-of-art processes used to recover crude oil from offshore reservoirs in India. His research is being funded by IIT Madras and Department of Science and Technology (DST), Govt. of India.  In India, domestic crude oil production is currently insufficient to meet the nation’s energy demands. Last year, the Government of India approved fiscal incentives for enhancing oil and gas recovery from ageing and new fields, which can potentially raise the production of oil by 120 million tonnes.

Speaking about his research, Dr Jitendra Sangwai said, “Our research aims to develop indigenous methods for recovery of crude oil from geological reservoirs, which is a complex process. There is still much that needs to be understood in the use of LSEOR methods. We do not yet have a clear idea on the mechanism of wettability alteration that can be caused by factors such as oil composition, salt levels in water, acidity of the crude oil, mineralogy of the rock and other factors.”

In line with this expectation, Oil and Natural Gas Corp (ONGC) has been looking at Enhanced Oil Recovery (EOR) techniques to boost oil and gas output from old and matured fields. Leveraging on modern techniques such as LSEOR could enable the country to meet the expected output. Research such as those conducted by Sangwai’s laboratory can help understand and optimize the technique and develop indigenous processes for efficient recovery of oil from mature offshore wells in India.

There have been many studies since the 1990s all over the world, aimed at improving the wettability of oil-bearing rocks for better recovery through water injection. One way to do this is by reducing the salinity or salt content of sea water that is injected into the rock, because the presence of certain divalent cations can changes the wettability of the rock. Thus, Low-Salinity Enhanced Oil Recovery (LSEOR) has been gaining interest in recent years for better oil recovery from offshore reservoirs.

Oil is extracted from offshore reservoirs through the water injection process, a secondary oil recovery method, in which, sea water is injected into the oil-bearing porous rocks, typically limestone and sandstone under the sea, and the water pushes the oil out. The efficiency of the process depends upon the wettability of the oil-bearing rock. Although limestone and sandstone are water wettable rocks by nature, they can become hydrophobic or water repellent due to their oil content.  This results in poor wetting and inefficient oil extraction.

Dr. Sangwai’s team has investigated the effects of varying the salt concentrations in water to understand the effect of various ions on the wettability of quartz surface as quartz being the most important rock-forming mineral in sandstone reservoirs. The research team has also added organic acids and bases to model oil to test the effect of acidity and basicity of oil on wettability during LSEOR.

In a paper published recently in Energy and Fuels, Dr. Sangwai and his research student, Mr. Abhijit Kakati reported that a reduced concentration of divalent cations such as calcium and magnesium in water can make the quartz less oil wettable, while sodium ions seem to have the opposite effect. Similarly, the presence of acidic and basic substances in the oil also reduced water wettability, especially in the presence of salts.

In a parallel study, Dr. Sangwai’s team, along with his research student Mr. Nilesh Jha, has also studied the effect of adding surfactants and nanoparticles to low salinity water to alter the wettability of sandstone. Surfactants can reduce interfacial tension between the oil and water, and therefore make the rock more water wettable, but the surfactant itself can be absorbed by the rock.  This can be prevented by adding nanoparticles, particles that are 80,000 times smaller than the width of human hair. The nanoparticles, when added in right amounts, are co-absorbed on the rock, thereby reducing the surfactant absorption.