IIP, CPI data today; will there be any surprises?

The IIP data will be announced for December 2017 today, while CPI data will also be released for the month of January 2018. 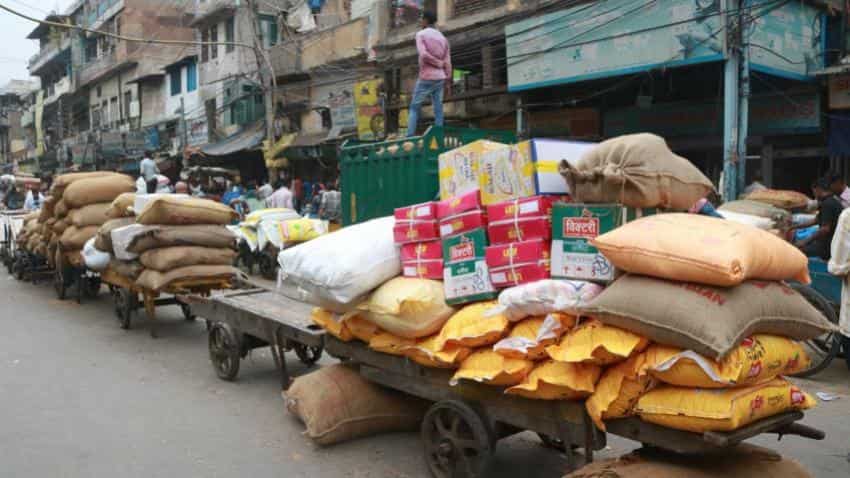 The data about IIP will be announced for December 2017, while CPI data will be released for the month of January 2018.

Clocking over 5% mark, the CPI is now at 17-month high, mainly driven by vegetables, house rent and fuel.

Inflation in vegetables shot up to a four-year high of 29.1% in December 2017, from 22.5% in November, contributing 22 basis point to the MoM rise in the headline inflation.

On the other hand, factory output or IIP surprised analysts and economists, as it clocked a 8.4% growth in November, indicating that factory output might be reviving from the government's Goods and Services Tax (GST) and demonetisation impact.

Growth was led by manufacturing sector, which jumped to 10.2%, compared to meagre growth in mining at 1.1% and electricity at 3.9% in November month.

Kapil Gupta, Prateek Parekh and Akshay Gattani, analysts at Edelweiss Financial Services, point out that this rebound in IIP reflects the strength seen in exports, points to the sharp payback from GST-related disruptions and some recovery from the lingering impact of DeMon.

The trio at Edelweiss further said that November 2017 IIP stood at near 5-year high.

Looking at above facts, what will be CPI and IIP for the latest month.

Firstly, RBI believes that uptick in CPI will rise further by end of FY18, which is why it raised the target for inflation to 5.1% in Q4, including the HRA impact, during the last monetary policy of this fiscal.

During February policy, RBI stated that the December bi-monthly resolution projected inflation in the range of 4.3-4.7% in the second half of 2017-18, including the impact of increase in HRA. In terms of actual outcomes, headline inflation averaged 4.6% in Q3, driven primarily by an unusual pick-up in food prices in November.

Analysts also believe CPI will rise further at least till June 2018, and a reverse trend can be expected thereafter.

Teresa John, research analysts at Nirmal Bang, said, "we believe the impact of the increase in house rent allowance for government employees - as recommended by the Seventh Central Pay Commission - has likely peaked out with housing inflation rising only 0.36% MoM, down from 0.95% earlier. Going forward, we expect inflation to hover above 5% for the rest of FY18."

Kapil Gupta, Prateek Parekh and Akshay Gattani, analysts at Edelweiss Financial Services, said, "In ensuing months, we expect CPI to remain over 5% on low base effect, although deflation in vegetables could nullify some of the impact of low base. What also needs to be tracked is any push to the domestic prices of pulses, oilseeds, etc., because of hike in import duties by the government in several agri-commodities."

In Stewart Mackertich's views, although RBI has given a hawkish outlook in inflation and indicates a higher rate scenario, we believe correction in crude oil prices and stability of the INR may not lead to high inflation. However, commitment of Government to MSP for Kharif crop raises chances of higher prices hence high inflation.

Dr Soumya Kanti Ghosh, Group Chief Economic Adviser at State Bank of India (SBI), however, said, "Inflation for the Jan’18-Jun’18 period is likely to be on the higher side owing primarily to base effect (average inflation for Jan’17- Jun’17: 2.89%)."

Ghosh also highlights that some inflation numbers in the first half of 2018 could print over 5.5% and this could be a source of negative surprise. However, as CPI inflation was rising since Jul’17 it will result in toned down inflation for Jul’18-Dec’18 period, with some inflation prints even possibly slipping below 4% and hence a positive surprise.

On the Index of Industrial Production data, Ghosh said, "We expect a better Q3FY18 with 12-15% increase in revenues on YoY basis. While bottom line is expected to see around 14-15% growth on YoY basis, the growth is likely to be driven by sectors such as Automobiles, Metals, Air Transport Service, Consumer Staples etc.”

Similarly, Edelweiss expects IIP readings to remain strong over next few months helped by continued payback from disruptions/low base effect.

Aditi Nayar, principal economist at ICRA, said, "Manufacturing growth is expected to remain robust in December 2017, benefiting from a favourable base effect, as well as the robust expansion displayed by sectors such as automobiles.”

Anjali Verma at Phillip Capital said, "IIP growth can be termed as strong as it is not being led by outliers. Favourable base should result in strong IIP growth even for the coming months. This should have positive impact on GDP numbers, our FY18E at 6.7%."

According to Nirmal Bank, "our GVA/ GDP growth estimates for FY18 at 6.5% - 6.7% are higher than the CSO’s advance estimates of 6.1%/6.5%, respectively, as we anticipate a strong recovery in 2HFY18, particularly in the manufacturing sector. Incoming data is also supportive of our hypothesis. Nevertheless the recovery will be uneven, and the 8.4% IIP reading may not sustain."

Dhananjay Sinha and Kruti Shah, analysts at Emkay Global, said, "We expect IIP growth, particularly from Consumer Durables side, to be reinvigorated to an average 5.5-6.5% in Q4FY18. However, we believe a large amount of improvement in consumer demand is likely to further rely more on imports rather than substantial pick-up in the domestic production."