The rating agency has set a price target of Rs 2,730 on HDFC Bank. Reason behind such upbeat was due to Aditya Puri’s view for this bank ahead. 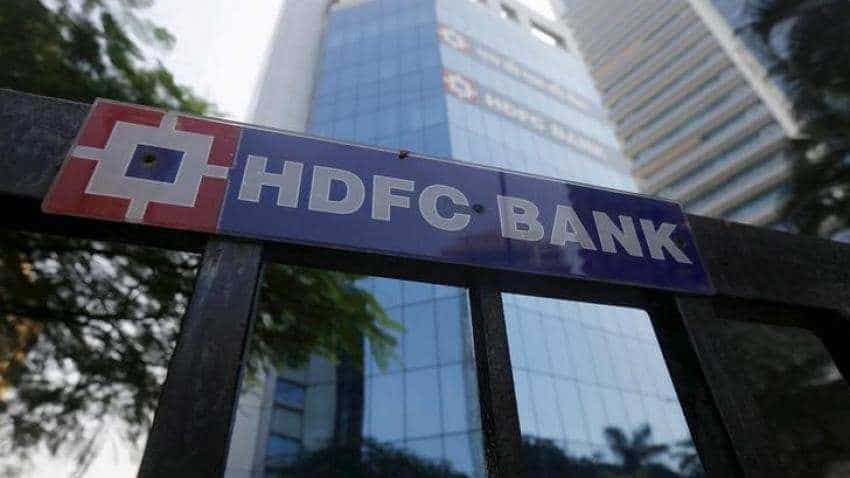 HDFC Bank has now emerged among money making stocks, as rating agency CLSA sees this bank to give a massive 29% return ahead. Photo: Reuters

On Monday, the share price of largest private lender HDFC Bank surged over 1% after clocking an intraday high of Rs 2,115.25 per piece on BSE. The bank was trading however at Rs 2,113.15 per piece on the index,  up by 1.03% at around 1332 hours. Interestingly, HDFC Bank has now emerged among money making stocks, as rating agency CLSA sees this bank to give a massive 29% return ahead. The rating agency has set a price target of Rs 2,730 on HDFC Bank. Reason behind such upbeat was due to Aditya Puri’s view for this bank ahead.

Puri highlighted that the crises among NBFCs has been addressed well, but the consolidation phase could run longer. Banks are better positioned on the funding side and are gaining share in incremental lending and through buyout of loans. PSU banks are being recapitalised, but are unlikely to cause material competitive pressure in the future. The RBI’s tightening of norms on asset quality is structurally a positive step as it brings in discipline among lenders.

CLSA says, “In our view, this will be positive for banks’ loan growth and improve pricing discipline. HDFCB is pushing Casa growth through new channels, including agents for retail loans, and this should address some concerns on weaker Casa growth (13% YoY in 3Q) albeit at tad higher costs. He was confident on growth in unsecured/digital personal loans and enthused by opportunities in non-urban markets that the bank is exploring through SLI/CSC platforms.”

Notably, CLSA also highlighted a case for re-appointment of Aditya Puri whose tenure will be ending in October 2020.

CLSA said, “The process of succession planning is underway and Puri reiterated a strong second-line. There are debates around the RBI allowing private banks’ CEOs to continue until 75 years of age (from 70 years now), in line with the corporate sector.”

In CLSA’s view, If the RBI approves extension in the maximum age limit for private banks’ CEO from 70 years to 75 years, risks around succession planning for  Puri (plans to retire in late-2020) can abate.

Hence, all eyes will be on RBI, if whether maximum age limit of being CEO in a private bank can be extended. In HDFC Bank’s case, this can be a possibility, as the lender is better placed in terms of asset quality, earnings and loans compared to other peers.