Stocks in focus today: IOC, BPCL and HPCL will remain in focus as OPEC has decided to increase oil output in its meeting held last week. Higher global output will help reduce petrol, diesel prices back home. Saudi had proposed to expand output by 10 lakh barrel per day. 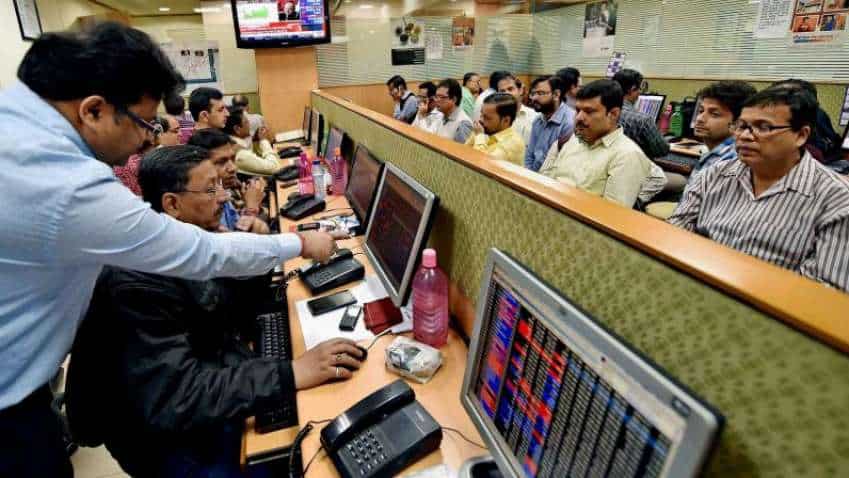 The Sensex and Nifty are expected to open lower as Asian shares got the week off to a cautious start amid lingering concerns about escalating trade frictions between US and China. At 7:50 am, SGX Nifty was trading at 10,802, down 53.50 points or 0.49 per cent.

S&P500 mini futures ESc1 fell as much as 0.5 per cent in early trade while MSCI's broadest index of Asia-Pacific shares outside Japan fell 0.2 per cent. Japan's Nikkeilost 0.4 percent.

The falls were triggered by a report from Wall Street Journal that US President Donald Trump plans to bar many Chinese companies from investing in U.S. technology firms and block additional technology exports to China.

Meanwhile US oil prices maintained hefty gains made after major oil producers had agreed on a modest increase in production.

Idea Cellular: The mega-merger deal of Idea Cellular and Vodafone India may not meet the expected 30 June timeline as the telecom department is looking to raise a fresh demand of around Rs4,700 crore, an official said. The demand will be raised from Vodafone India before its merger with Idea Cellular.

ICICI Bank: Private sector lender ICICI Bank said it had received complaints about 31 loan accounts from an anonymous complainant, on which an enquiry was made and interim report was submitted to the regulator. "Further actions in this matter are being/ will be taken as directed by the Audit Committee," the bank said in a stock exchange filing.

Airline stocks: IndiGo, Jet Airways and SpiceJet are in focus as they have hiked charges for check-in baggages weighing more than 15 kgs. IndiGo, SpiceJet as well as GoAir will now charge Rs 400 per kg extra for every kilo beyond 15 kg, up from Rs 300 per kg earlier.

Biocon: Biotechnology firm Biocon said it has received Establishment Inspection Report (EIR) from the U.S. health regulator on closure of inspection of its sterile drug product manufacturing facility in Bengaluru.

Dr Reddy’s: Hyderabad-based pharmaceuticals company Dr Reddy’s Laboratories has lost a patent battle with Eli Lilly and Company over the litigation on Alimta (pemetrexed for injection), a drug meant for the treatment of several types of cancers, in the US.

Voltas: Voltbek Home, a joint venture between Voltas Ltd and Ardutch B V, a subsidiary of Turkish company Arcelik A S started construction of its first facility for home appliances in India at Sanand in Gujarat. The facility, spread over 60 acres in Sanand GIDC, will see an investment of Rs 240 crore in the first phase of development, Volta Ltd MD and CEO Pradeep Bakshi said.