As multi-agency probe continues in India into alleged lapses involving ICICI Bank's chief Chanda Kochhar and her family members, the matter has also come under the scanner of the US markets regulator SEC. 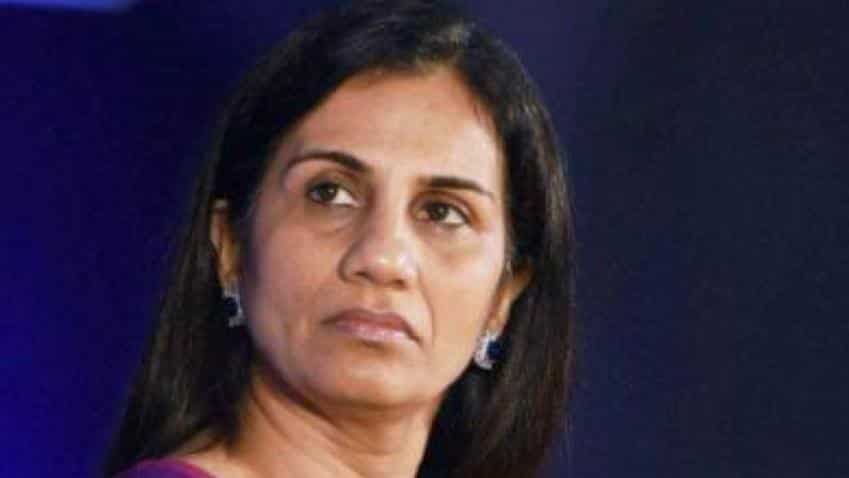 As multi-agency probe continues in India into alleged lapses involving ICICI Bank's chief Chanda Kochhar and her family members, the matter has also come under the scanner of the US markets regulator SEC.
Besides, the Indian regulators and investigative agencies are mulling seeking help from their overseas counterparts including in Mauritius as part of their own probes, officials said.
When asked about its probe into matters related to ICICI Bank and Kochhar, a spokesperson for the SEC Office of Public Affairs declined to comment.
The queries sent to ICICI Bank also remained unanswered. The bank has already instituted an independent enquiry into allegations of 'conflict of interest' and 'quid pro quo' in Kochhar's dealing with certain borrowers.
Earlier in March, when the reports first surfaced in this regard, the bank had said that its board has "full confidence and reposes full faith" in Kochhar.
Sources said the SEC (Securities and Exchange Commission) is actively looking into the matter as ICICI Bank is listed in the US also and it may seek further details from its Indian counterpart the Securities and Exchange Board of India (Sebi), which has already issued show-cause notices to ICICI Bank and Kochhar as part of its probe.
Officials said the Sebi has been approached for some clarificatory details which would be provided to the bank and its CEO, among others to whom notices have been served.
Those looking into the matter also include the banking regulator RBI and the Corporate Affairs Ministry, while the CBI had earlier registered a preliminary enquiry against Kochhar's husband, among others, and extensively questioned her brother-in-law in April.
The cases under scanner include the bank's Rs 3,250 crore loan to Videocon Group in 2012 and the involvement of Kochhar family members in restructuring of the loan.
Last week, Interim Finance Minister Piyush Goyal said the law will take its own course in the alleged case of nepotism at ICICI Bank, even though it is a good bank with "very robust processes" and there was no cause for concern for any of the stakeholders of ICICI Bank per se.
There are allegations of impropriety in ICICI Bank extending loans to some companies and enjoying reciprocal benefits.
It has been alleged that family members of the bank's chief, including her husband Deepak Kochhar, got financial favours from the borrowers against the loans sanctioned by the bank.
It was also alleged that Videocon Group pumped money into NuPower Renewables, a firm owned by Deepak Kochhar.
Sebi has served a notice on Kochhar on dealings of the bank with Videocon Group and Nupower.
There are also allegations that NuPower got investments of Rs 325 crore from Mauritius-based Firstland Holdings, a company owned by Nishant Kanodia, son-in-law of Essar Group co-founder Ravi Ruia.
An independent probe was ordered by ICICI Bank board after fresh allegations of quid pro quo were levelled by activist and whistle-blower Arvind Gupta, who also accused Ruia brothers of Essar group of having got undue favours from the bank for "round-tripping" investments into NuPower Group.
The allegations have been dismissed as "motivated" by the Essar Group, which maintains it has no business interest in Firstland Holdings.

The Ministry of Corporate Affairs is looking into companies involved in the ICICI Bank controversy of alleged conflict of interest in Chanda Kochhar's dealings with certain borrowers, according to a senior official.
The official also said the affairs of ICICI Bank are not being looked into by the ministry as that is completely under the purview of the Reserve Bank of India (RBI).
"The ministry is looking at allegations with respect to fraudulent, preferential or under-valued transactions... (related to) those companies which have come into controversy in the light of ICICI Bank issue," the official said.