'ICICI Bank board to meet tomorrow; CEO loan issue may come up'

There are series of allegations of impropriety in ICICI Bank extending loans to some companies and enjoying reciprocal benefits. It is alleged that family members Kochhar, including her husband Deepak Kochhar, got financial favours from the borrowers against the loans sanctioned by the bank 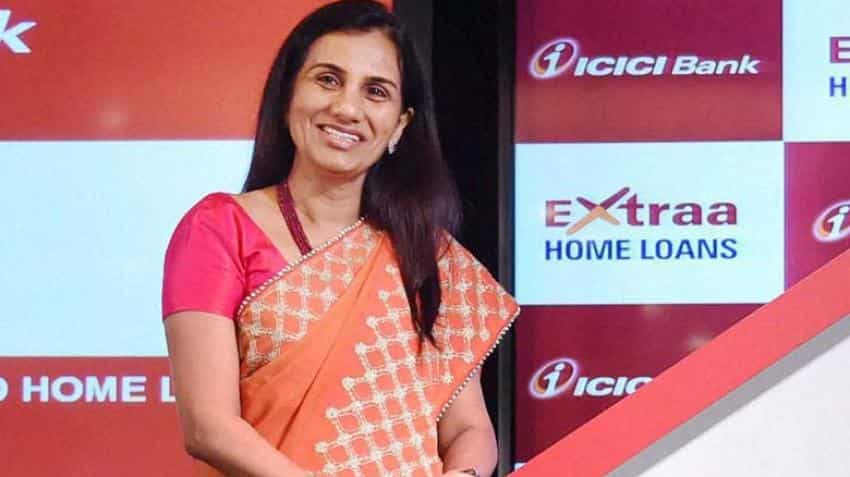 The board of ICICI Bank, which will meet tomorrow for approving the annual earnings of 2017-18, may see some discussion on the allegations of conflict of interest against the lender's CEO Chanda Kochhar, sources said. There are series of allegations of impropriety in ICICI Bank extending loans to some companies and enjoying reciprocal benefits. It is alleged that family members Kochhar, including her husband Deepak Kochhar, got financial favours from the borrowers against the loans sanctioned by the bank.

The issue is being investigated by multiple agencies including CBI, Income Tax Department. Amid controversy of alleged conflict of interest involving ICICI Bank and its CEO, former Sebi chief M Damodaran has said one option is for her to step down for a period of three or four months till the investigation is completed. Although the board meeting agenda is limited to financial results, some board members may raise the issue of corporate governance, sources said, adding that it is up to the Chairman M K Sharma to allow deviation from the scheduled agenda.

The board has seven independent directors including chairman and government nominee director. The issue of compromise of corporate governance came to the fore when investor and whistleblower Arvind Gupta racked up the issue in the March. He alleged quid pro quo between Videocon Group and ICICI Bank's chief executive officer (CEO) as well as her family members with respect to extending a loan worth Rs 3,250 crore.

It was alleged that Videocon Group pumped money into NuPower Renewables, a firm owned by Deepak Kochhar, husband of Chanda Kochhar. There are also allegations that NuPower got investments of Rs 325 crore from Mauritius-based Firstland Holdings, a company owned by Nishant Kanodia, son-in-law of Essar Group co-founder Ravi Ruia. The investments from Ruia's son-in-law's firm into NuPower started in December 2010. Incidentally, the same month ICICI Bank was lead banker in a consortium of Indian banks that extended a USD 530 million loan to Essar Steel Minnesota LLC on December 29, 2010. This loan was later classified as NPA.

The Reserve Bank in its 2016 investigation in the matter had raised questions over the ownership of the Mauritius-based entity, First Land Holding, which had invested Rs 325 crore in NuPower. Also, there was no clarity over the alleged Rs 64-crore loan (unsecured fully convertible debentures) given to NuPower by Supreme Energy, which was 99.99 per cent owned by Videocon chief Venugopal Dhoot at that time. While Chanda Kochhar sat on the credit committee that approved the loan to Videocon, there are allegations of conflict of interest in her husband's brother, Singapore-based Rajiv Kochhar, performing debt-restructuring work on errant corporate borrowers from ICICI, including Videocon.

The restructuring wasn't commissioned by the bank but by the borrowers. Interestingly, the board of ICICI Bank expressed full faith in Chanda Kochhar, whose current tenure as CEO is set to end on March 31, 2019. It had reviewed credit approval processes and found them to be robust, according to a March 28 filing by the bank.