ICC ODI World Cup 2019 has already started and is into full swing at present with many surprises already having been conjured up by underdogs. 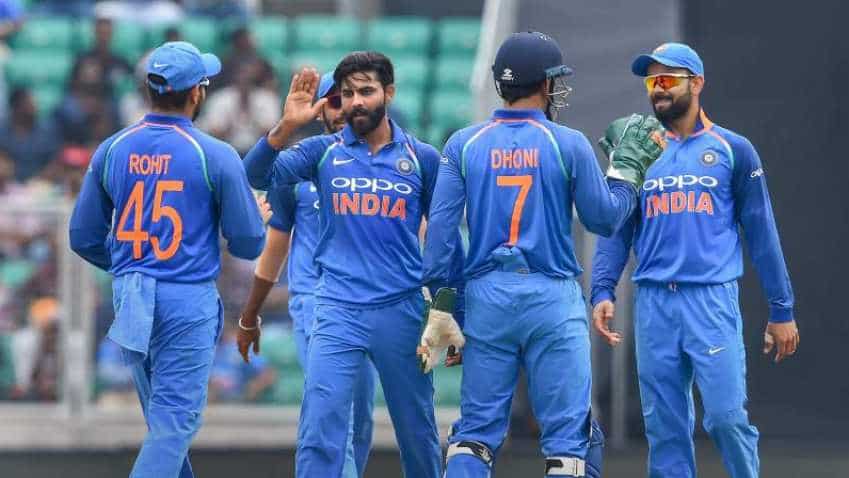 ICC ODI World Cup 2019 cricket tournament is being held in England and Wales and 10 world class cricket playing nations are fighting for the right to lift the cup this year. Image source: PTI

ICC ODI World Cup 2019 has already started and is into full swing at present with many surprises already having been conjured up by underdogs. This big cricket tournament is being held in England and Wales and 10 world class cricket playing nations are fighting for the right to lift the cup this year.
Considering that the Virat Kohli led Team India is the most popular, the tickets for the matches it will be playing in are virtually on fire due to huge demand among cricket lovers. India Vs England match is going to be held on 30th June and ticket that was initially being sold at Rs 20,668, according to a Zee Business TV report, is now being increased to Rs 85,510!

However, the final match of the tournament will be played on 14th July at Lords, London and tickets for this match are categorized as silver and bronze categories. Being a huge international tournament, ICC World Cup has a massive fan following around the globe. The demand is so high for the tickets for the final match that it has pushed prices as high as Rs 1.5 lakh!

Needless to say, cricket fever hot and soaring further.
The 12th ICC World Cup participating nations include India, Australia, England, South Africa, Pakistan, Sri-Lanka, New-Zealand, South Africa, Bangladesh and a debutant, Afghanistan in 2019. India will be playing its first match on 5th June against South Africa, while has a most awaited battle India Vs Pakistan will be held on 16th June.
Each team will be playing every other nation, as there are no groups or pools this time. Each nation will get to play 8 matches before making it to the semi finals of the World Cup. Not only the winning points, match ratings will play a huge role to send them into semi finals this time.

India holds number one spot in ICC One Day Internationals at the moment, with Virat Kohli (captain) as the top ICC batsman in the world. India is among the favourites to win the cup, with England set to give it tough competition. However, dark horses Pakistan, West Indies are in the mix too. Indian fans have a lot of expectations from its team and the 15 superstars are expected to do nothing short of bringing the coveted trophy back to India.