ICC ODI World Cup 2019: Ahead of India vs South Africa, here's a look at two stocks that are opening batsmen of D-Street

In chronological order, for any cricket match, it would be opening batsman that sets the pace for other players for the entire match. 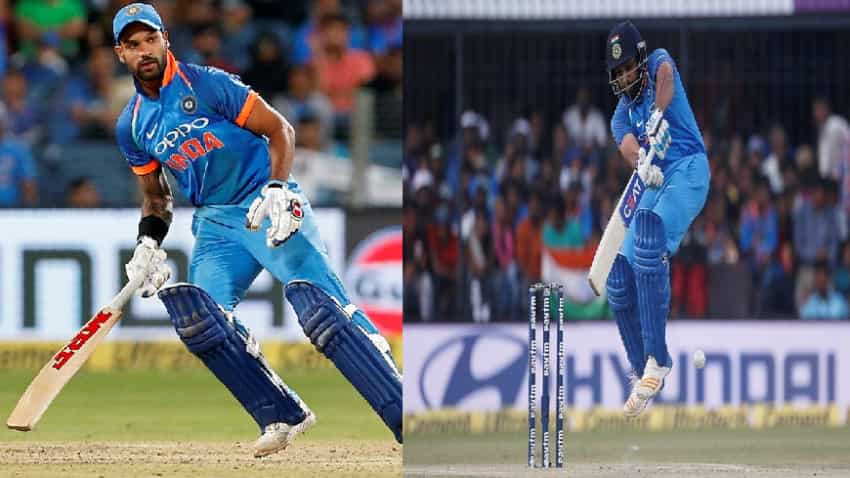 For India, the opening combination of Shikhar Dhawan and Rohit Sharma - by far the best pair in the world. Photo: Reuters

After making the entire nation wait for over a week, as other countries opened their account, the Indian cricket team will kick start its ICC ODI World Cup 2019 campaign tomorrow against South Africa at The Rose Bowl, Southampton at 3 pm IST. By the time Virat Kohli and team would take the field, all the teams would have played at least one match in the tournament, some even two. In fact, India's opposition for the opening game - South Africa - have already lost two games and is reduced to 12-men due to injuries. In the games played so far, we have seen bounce and lateral movement, once again underlining the importance of a good opening pair.

For India, the opening combination of Shikhar Dhawan and Rohit Sharma - by far the best pair in the world - holds the key to a successful combination. The duo has been leading the scoring charts for the country along with Virat Kohli since 2013 and would have to do the bulk of scoring once again, especially in the tough English conditions. But, did you know that even the Dalal street has stocks like opening batsmen?

Ayon Mukhopadhyay, analyst at IIFL Securities, in research note says, “The Cricket World Cup is here again! But unlike the damp green tops that normally greet batsmen in England, the pitches this time around seem to be soaking in the sunshine, promising many a run fest. The mood is equally sanguine in the Indian markets, with the ‘Captain’, PM Modi, ardently padded up for his second innings. And so, we take a shot at selecting a team of World beater stocks, not only for the month-long tournament but perhaps till the next elections.”

Mukhopadhyay listed out two stocks on D-Street as opening batsman. These are our high alpha generators, thumping the new ball in the powerplay on sentiments and once they get their eye in, capitalising on early signs of a cyclical recovery. Here’s what they are:

This infra giant, even in a challenging environment, has perfected its technique through an RoE & cashflow-focussed approach to merit a top order inclusion. Its strong balance sheet coupled with a large order book (2.7x TTM sales) makes it conducive to an aggressive stroke-play towards efficiently executing complex and large projects.

Virtually plagued into retirement with NPA injuries, the nation’s biggest bank is now back with much gusto, mainly buttressed by clarity on trends of stressed asset formation and imminent resolution in certain accounts in NCLT. Its appetite to score with higher RoA, going forward, has returned, with several levers to NIM expansions, viz. better LDR, stable CASA ratio and redeployment of balance sheet liquidity into loans. Still very cheap (1x P/B), it will certainly re rate (quite swiftly) and is powering into obtaining consensus inclusion in most teams.

However, the share price of SBI on Tuesday, ended at Rs 352.35 per piece down by 0.72%. Hence, if investors are looking to make most of SBI shares, it is always advisable to buy at lower levels.

Thereby, let the magic of cricket also flow through your stocks. Take note, the longer you stay on the field of D-Street, the higher returns you are likely to bag in your kitty  However, unlike cricket where need constantly to be on your toes, all you have to do is buy the stocks and let market do the talking for you! Till then, one can enjoy the wildness of World Cup 2019.