The issue of twin balance-sheet and low private investment due to banks' stressed assets and over-leveraged corporate books hampering the growth prospects. 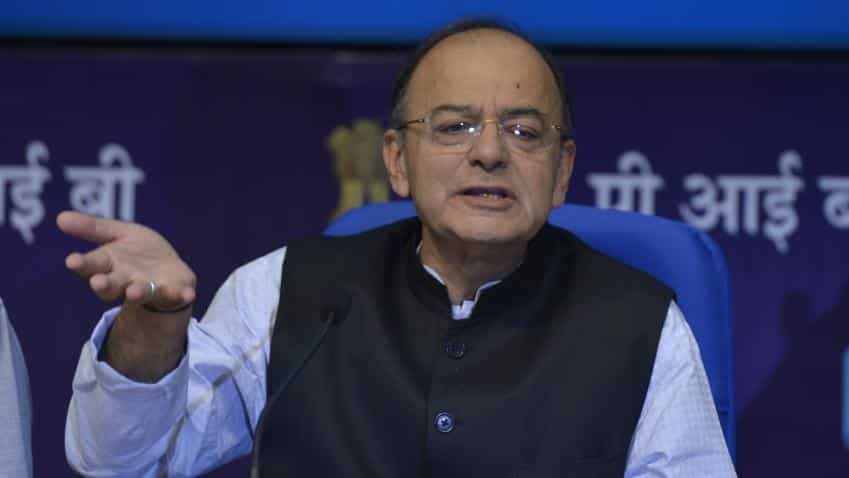 While presenting the Economic Survey 2018 in Parliament today, the Finance  Ministry made it clear that the agenda for the next financial year would be repair the fractured areas of the economy.

Among the problems the economy is facing -- private investment and twin balance-sheet (TBS) --  are the prominent and widely discussed issues.

Although these issues have been hanging for quite a few years, TBS, which emphasise on over-leveraged Indian companies and stressed banks, got into public discourse in previous Economic Survey 2016-17.

The TBS problem is directly related to the  low private investment, which has been lethargic for quite sometime now, hampering the Indian economy growth.

The Economic Survey said the new Insolvency and Bankruptcy code (IBC) was helping improve the health of banking sector despite the fact that the banks', especially public sector banks (PSBs), asset quality remained stressed in the current financial year.

The survey said, “The agenda for the next year consequently remains full -- stablising the GST, completing the TBS actions, privatising Air India, and staving off threats to macro-economic stability.”

Finance Minister Arun Jaitley recently said that the banks' bad assets problem is a of past and the government is trying to fix the problem.

During 2016-17 survey, the Finance Ministry explained that India has developed its own unique version of TBS what can be called as ‘Balance Sheet Syndrome with Indian Characteristics’.”

Interestingly, India in mid-2000s, sailed through the global financial crisis (GFC) and witnessed growth.  This according to previous survey, happened because Indian companies and banks had avoided the boom period mistakes made by their counterparts abroad.

More precisely, they were prevented from accumulating too much leverage because prudential restrictions kept bank credit from expanding excessively during the boom while capital controls prevented an undue recourse to foreign loans, thus making a case for twin balance-sheet. Now, the situation in banking system is such that both public sector (PSBs) and private banks have not yet completed the process of Non-performing asset (NPA) recognition. 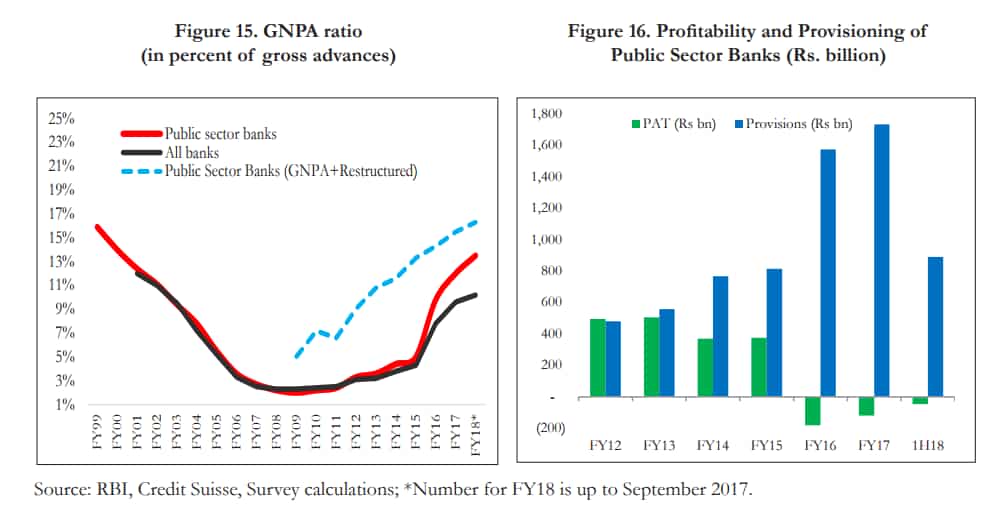 In Economic Survey 2018, the ministry says, “ The long-festering twin balance-sheet (TBS) problem was decisively addressed by sending major stressed companies for resolution under the new Indian Bankruptcy Code and implementing a major recapitalisation package to strengthen the public sector banks.”

According to the survey, IBC has provided a resolution framework that will help corporates clean up their balance sheets and reduce their debts.

Once IBC, along with recapitalisation, takes hold, the survey said, “ firms should finally be able to resume spending and banks to lend especially to the critical, but-currently-stressed sectors of infrastructure and manufacturing.”

The Reserve Bank of India (RBI) has so far identified 40 wilful defaulters for IBC resolution under the National Company Law Tribunal (NCLT).

The apex bank has encouraged lenders to take advantage of the IBC to clean their balance-sheet and improve performance on a sustained basis to remain competitive. It has asked the banks to opt for IBC proceedings on their own, rather than waiting for regulatory instructions.

Coming back to Indian economy, the survey believes the GDP has the potential to grow between 7% to 7.5% in 2018-19, re-instating India as the world’s fastest growing major economy.

Two factors as per the ministry can help India regain its spot are exports and IBC.

For IBC, the ministry mentions that timeliness in resolution and acceptance of the IBC solutions must be a priority to kick-start private investment.

The investment recovery hope, expected to revive in second half of FY18, now shows different picture and the growth is unlikely this financial year.

Earlier analysts at Edelweiss Financial services said, “GDP growth cannot be sustainable without pick-up in investment. As advanced economies begin to expand, global trade cycle picks up, investment demand should kick in. Exports have been growing although the pace has slowed due to strong currency.”

“The greater the delays in the early cases, the greater the risk that uncertainty will soon shroud the entire IBC process,” survey says.