In Uttar Pradesh, Jitendra Singh said, against the sanctioned strength of 621, only 496 are in position, falling short by 125 officers, while in AGMUT cadre as well, around 132 posts are vacant. 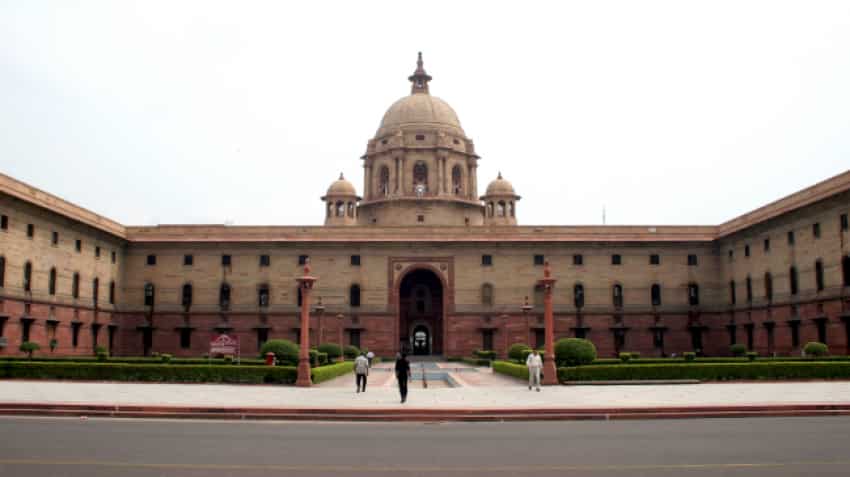 There is a shortage of 92 officers in Bihar, and 81 in West Bengal. Image source: Twitter/PIB
Written By: ZeeBiz WebTeam
Edited By: Arun Kumar Chaubey
RELATED NEWS

There is a shortage of around 1,500 Indian Administrative Service (IAS) officers, said Minister of State for Personnel, Public Grievances and Pensions Jitendra Singh told Lok Sabha in a written reply, adding that out of the authorised strength of 6,699, 5,205 positions are held across the country and Uttar Pradesh is facing maximum shortage, followed by Arunachal Pradesh-Goa-Mizoram and Union Territory (AGMUT), Bihar, West Bengal cadres.

In Uttar Pradesh, Jitendra Singh said, against the sanctioned strength of 621, only 496 are in position, falling short by 125 officers, while in AGMUT cadre as well, around 132 posts are vacant. There is a shortage of 92 officers in Bihar, and 81 in West Bengal.

"In order to address the issue of shortage of IAS in regular recruitment quota, the government has increased annual intake of IAS officers from 55 in Civil Services Examination (CSE) 1998 to 180 from CSE 2013 in respect of IAS, he said, adding "In promotion quota, prompt actions have been taken for holding Selection Committee Meetings for appointment by promotion/ selection of State Service Officers to IAS."

In written reply to a question in Lok Sabha, Jitendra Singh said "No adverse effect on the morale of the civil servants has resulted from lateral recruitment."

According to him, the appraisal of performance of all civil services officers (other than All India Services(AIS)) is governed by government instructions. The officer reported upon submits his self-appraisal in the Annual Performance Assessment Report (APAR). The reporting authority, reviewing authority and in some cases the accepting authority record their remarks. The full APAR is communicated to the officer reported upon giving an opportunity to submit representation, if any, against the entries and the final grade in the report. The existing performance appraisal is consultative and transparent.

Keeping in view the exigencies of work, Ministries/Departments may hire professionals or consultants for a specific job, not against a regular post. Some retired senior civil servants having expertise and eminence are also appointed as Advisors with a view to achieve certain specified public policy objectives, the minister informed the Lok Sabha.