IAF Air Strike on Jaish Terror Camps: Why a fleet of Mirage 2000 deep-penetration fighter jets was chosen for big attacks in Pakistan

The squadrons are based in Gwalior. The Mirage 2000 is a French multi-role, single-engine fighter jet which is capable of dropping a range of bombs and missiles including laser-guided bombs.

A fleet of Mirage 2000 deep-penetration fighter jets assisted by other assets of the Indian Air Force carried out the pre-dawn strike on the biggest terror camp of the Jaish-e-Mohammed (JeM) terror outfit in Pakistan, government sources said. The JeM had taken responsibility for the February 14 suicide attack in Jammu and Kashmir's Pulwama in which 40 CRPF personnel were killed.

The sources said the Mirage 2000 multi-role aircraft was chosen for the strike for its capability to hit targets with "pin-point" accuracy. A number of other assets and platforms of the IAF were also used in the operation, first inside Pakistan after the 1971 Indo-Pak war.

India currently has around three squadrons of Mirage 2000 fighter jets manufactured by French aerospace major Dassault Aviation. The squadrons are based in Gwalior. The Mirage 2000 is a French multi-role, single-engine fighter jet which is capable of dropping a range of bombs and missiles including laser-guided bombs. 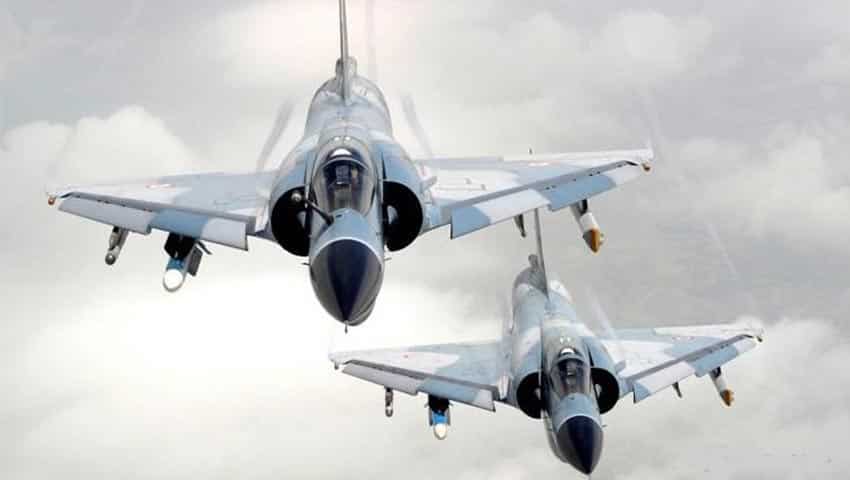 The Mirage 2000s are fitted with Thales RDY 2 radar which can strike at targets with 100 per cent accuracy, said an IAF official on condition of anonymity. The aircraft was preferred as it is capable of long-range engagement of targets and the assessment was that it can record 100 per cent success rate.

India had inducted the Mirage jets around 30 years back and they are being upgraded at a cost of around Rs 20,000 crore. The sources said India will have a much wider choice of aircraft to carry out precision strikes when Rafale jets are inducted into the IAF as they are capable of hitting targets at longer range. India is procuring 36 Rafale jets at a cost of Rs 58,000 crore and the first aircraft is scheduled to be delivered in September.

It is not clear whether the fleet of Mirage 2000s flew directly from Gwalior or they took off from other bases to carry out the strike. In a statement, Foreign Secretary Vijay Gokhale said India struck the biggest training camp of JeM in Balakot and that a very large number of JeM terrorists, trainers, senior commanders and groups of jihadis who were being trained for fidayeen action were eliminated.

"This facility at Balakot was headed by Maulana Yosuf Azhar alias Ustad Ghouri, the brother-in-law of Masood Azhar, chief of JeM," he said. Though there is no official confirmation, sources indicated that Yosuf Azhar was killed in the strike along with 350 other terrorists. He is understood to be involved in the hijacking of the Indian Airlines flight IC-814 in December 1999.

"The Government of India is firmly and resolutely committed to taking all necessary measures to fight the menace of terrorism. Hence this non-military preemptive action was specifically targeted at the JeM camp," said Gokhale.

"The selection of the target was also conditioned by our desire to avoid civilian casualties. The facility is located in thick forest on a hilltop far away from any civilian presence," he added.