Hypertension is a silent killer, causes 10.8% of all deaths in India: ICMR Report

About 200 million adults in India are victims of hypertension. Out of them, 40 per cent are aware of the disease with which they are suffering from and only 20 per cent of them are being treated. The study adds that hypertension is attributable to 10.8% of all deaths in India. 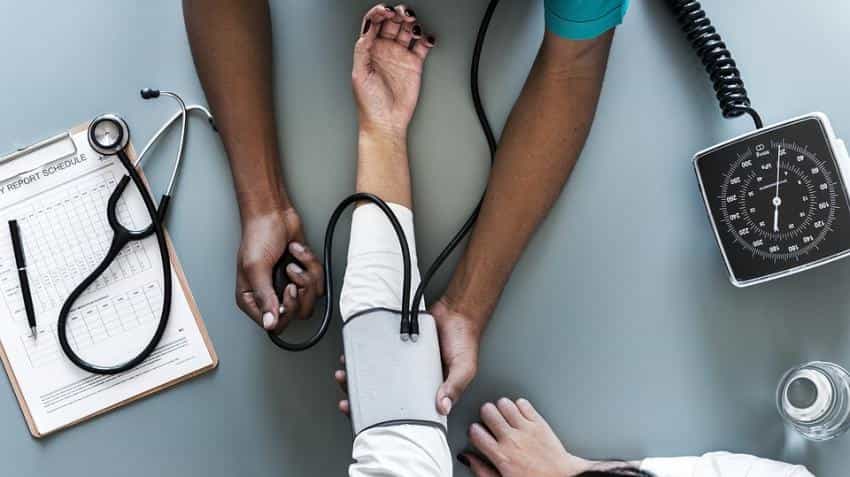 One out of every eight person in India is suffering from the problem of blood pressure. Image source: Pixabay
Written By: ZeeBiz WebTeam

In addition, the health ministry in a study in recent past also claimed that one out of every eight person in India is suffering from the problem of blood pressure.

The study, 'May Measurement Month 2018', says, "about 200 million adults in India are victims of hypertension. Out of them, 40 per cent are aware of the disease with which they are suffering from and only 20 per cent of them are being treated. The study adds that hypertension is attributable to 10.8% of all deaths in India.

Zee Business's Suman Agrawal approached Dr KK Agrawal, IMA Ex-president who is associated with the study, to get an idea on the report. He revealed that there are many types of hypertension.

"Earlier, people used to take the disease lightly but with changing lifestyle, hypertension has emerged as a serious disease. It is a silent killer that directly affects your heart or kidney. It is a disease that can attack the life of everyone from a child to a youth. Thus everyone should continue to get his BP checked at regular intervals. Blood pressure may vary depending upon the place. It will be different at home and office and this happens due to the difference in atmosphere at the two places," says Dr Agrawal.

Symptoms of Hypertension or blood pressure

Keep Weight Healthy
Exercise Regularly (average of 30 minutes a day and Yoga)
Eat plenty of fruit and/or vegetables every day
Cut down on salt and reduce intake of fried food
Cut down on fat and sugar
Stop smoking tobacco!
Reduce your caffeine intake
Don’t drink too much alcohol

The study also claims that medication or a doctor can't help you to get rid of the ailment. This is preventable with lifestyle modifications which include physical activity.

To get an idea of this claim, a patient suffering from blood pressure,  Preeti Juneja, a 30-year-old professional trainer, revealed that medications were not helping her to get rid of the ailment. But medication and yoga and change in lifestyle have changed her condition over last one year.

"I was shocked to know that I am suffering from the problem of blood pressure that to at such a young age. I approached a doctor, but felt that I must not depend only on medicine to regain my health and decided to go for a lifestyle change including Yoga, Pranayama, and meditation. The decision helped me in controlling the problem within a year," Juneja said.

Besides, the Health Ministry in its survey through Preventive Health Programme that was conducted in 100 districts and covered around 2 crore people found that about 28 lakh people were suffering from blood pressure. According to these figures, about 8 per cent Indian's are suffering from hypertension. Of these, 10 per cent are men and 7 per cent are women.

Soccer news: Marriage made in heaven as Jose Mourinho and Tottenham Hotspur thrive on underdog status