Water gushed into 200 houses in MS Makta near Raj Bhavan, the official residence of the Governor, as the protection wall of an open drain collapsed. 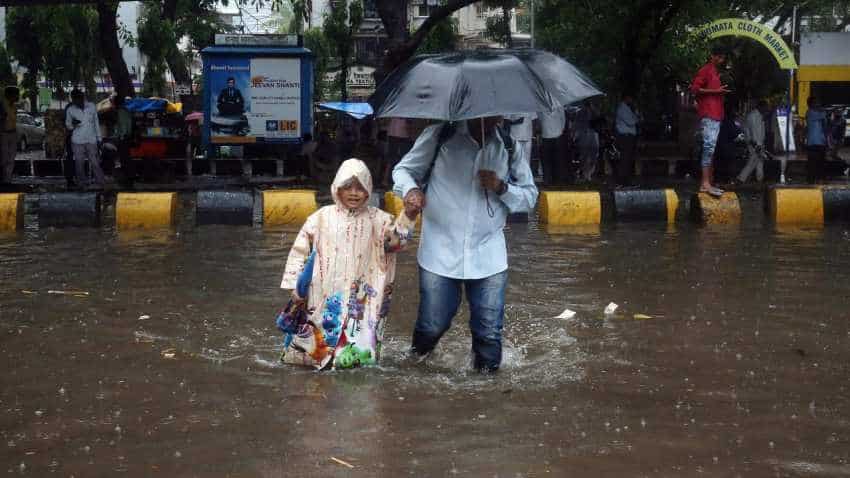 According to the Hyderabad Meteorological Centre, some areas received very heavy rainfall of over 14 cm. Guddimalkapur in Asifnagar area in the heart of the city has recorded the highest rainfall of 14.85 cm, breaking a new record.

Water gushed into 200 houses in MS Makta near Raj Bhavan, the official residence of the Governor, as the protection wall of an open drain collapsed.

Greater Hyderabad Municipal Corporation (GHMC) emergency teams swung into action to repair the wall and provided relief to the residents.

The water level in Hussain Sagar lake was also rising due to heavy inflows through the stormwater drains.

The lake`s water level ion Friday morning stood at 513.9 metres against Full Tank Level (FTL) of 513.4 metres. The gates of outflow channels were opened to release the water to ensure that the level does not reach the danger mark of 514.75 metres.

Greater Hyderabad Mayor B. Rammohan was monitoring the situation along with senior GHMC officials.

Emergency teams were deputed to inundated colonies. State Disaster Response Force (SDRF) personnel were also assisting the municipal authorities in removing trees which fell on the roads and clearing the bottleneck in the free flow of stormwater drains.

Incessant rains over last three to four days have badly damaged the roads in several parts of the city. The Indian Met Department has forecast more rains over the next two days.