"Opening of the 10 km Ameerpet toHi-Tec Citystretch will be a game-changer not only for the Metro project but for Hyderabad city itself. 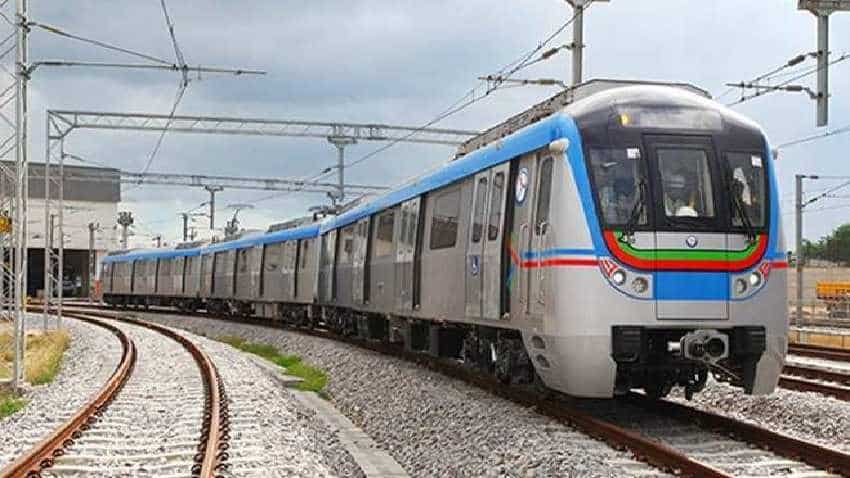 The Ameerpet and Hi-Tec City stretch has eight stations. Reuters

The much-awaited Metro rail link to Hi-Tec City, the IT hub of Hyderabad, is set to become operational soon with theInspection and Safety Certification from the Commissioner of Metro Railway Safety (CMRS) likely in about a week.

"We are expecting CMRS (Commissioner of Metro Rail Safety) Inspection and Safety Certification in about a week. After that the inaugural date will be decided by the government,"Hyderabad Metro Rail Limited (HMRL) Managing Director N V S Reddy told PTI.

The Ameerpet and Hi-Tec City stretch has eight stations.

"Opening of the 10 km Ameerpet toHi-Tec Citystretch will be a game-changer not only for the Metro project but for Hyderabad city itself.

In the next few years, it will make a huge difference in the travel characteristics of the city and improve the competitiveness of Hyderabad," Reddy said.

He further said work is progressing well in Corridor-II between JBS and MGBS (10 km stretch) and the civil work will be completed by July 2019 and systems works by November 2019.

Metro Railways to give priority in areas where land is available: Piyush Goyal