John Collison (28) of Stripe and Evan Spiegel (28) of Snapchat are the youngest billionaire with US $2.6bn and US $1.7 bn respectively. 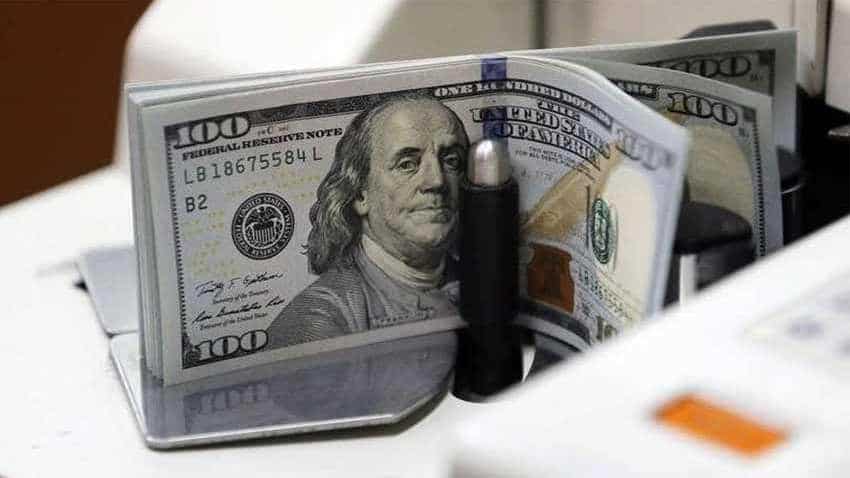 Hurun Report, one of the largest compilers of rich lists globally, today released the Hurun Global Forty and Under Self-Made Billionaires 2019, a ranking of the self-made US dollar billionaires forty years and under currently in the world. This is the fourth year of the ranking and is a sub-list of the Hurun Global Rich List, released on February 26. With $80bn, Mark Zuckerberg, 34, from Facebook tops the list, followed by Dustin Moskovitz of Facebook and Huang Zhang of Pinduoduo. Zuckerberg launched out aged 19, and took five years to become a dollar billionaire on paper. Facebook currently has a market capitalization of almost US$500bn, of which Zuckerberg owns about 14%.

With US $15bn, Dustin Moskovitz, 34, co-founded Facebook with then-roommate and Harvard University student Mark Zuckerberg, retained the second spot. Colin Huang Zheng (39) made his first billion after just two years of founding Pinduoduo, the fastest to a billion in the world, faster than Zuckerberg’s five years and much faster than Jeff Bezos. 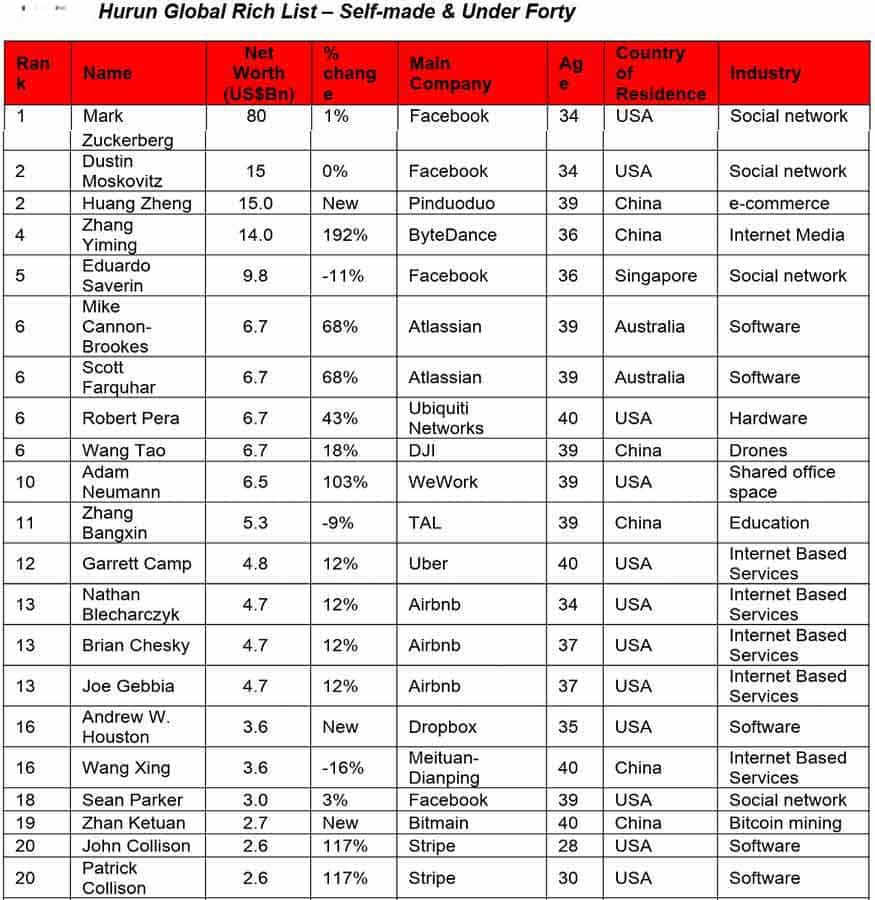 Vijay Shekhar Sharma of Paytm and Divyank Turakhia, who founded Media.net, are the only Indian to feature in Hurun Global 40 & Under Self Made Rich List 2019. Sharma is at 36th rank while Turakhia is at 29th rank.

John Collison (28) of Stripe and Evan Spiegel (28) of Snapchat are the youngest billionaire with US $2.6bn and US $1.7 bn respectively. With 12 billionaires, San Francisco is the preferred city of residence followed by Beijing with 9 billionaires.

Rupert Hoogewerf, Chairman and Chief Researcher of Hurun Report, said, “2019 is the first time that China has overtaken the USA when it comes to young billionaires.”

* 21-year-old Kylie Jenner of the Kardashian-Jenner family, a reality star who founded US$300mn revenue cosmetic company Kylie Cosmetics in 2015 is a strong contender to replace John Collison as the youngest self-made billionaire. Hurun Report currently values her at US$900mn.

* 8 have emigrated, the richest being Brazilian Eduardo Saverin of Facebook, who lives in Singapore today.

* Irish-born brothers John (28) and Patrick Collison (30) are the youngest Self-made billionaires in the world. The duo founded the start-up Stripe that facilitates online payment for businesses. In 2018, a US$245mn funding round led by Tiger Global Management valued the company at US20bn, more than double its previous year valuation.

* Adam Neumann co-founded WeWork, a communal working space which was the first of its kind when it came out in 2010. He is the only real estate billionaire in the list with his company valued at US $42bn.