The HRD ministry has sought the Election Commission's nod to start process in central universities while the model code of conduct is in effect. 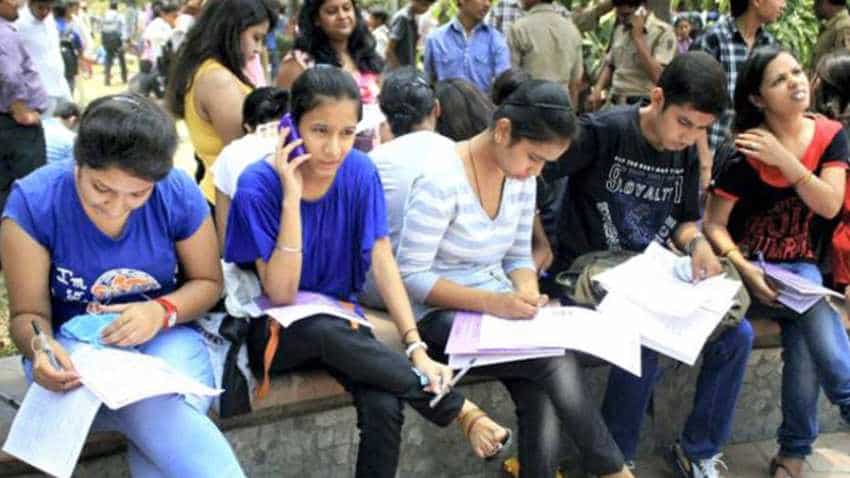 The HRD ministry has sought the Election Commission's nod to start process in central universities while the model code of conduct is in effect. PTI
Written By: PTI
RELATED NEWS

More teaching jobs coming? Who is responsible? HRD Minister has this to say

The HRD ministry has sought the Election Commission's nod to start  process in central universities while the model code of conduct is in effect. However, the Delhi government has objected to the ministry's request, saying the EC should not grant permission. In a letter to the poll panel, the ministry said, "In view of the UGC mandate to provide teaching and non-teaching faculty before start of new academic year in  2019, the Election Commission of India is requested to give its clearance/permission from Model Code of Conduct for starting/continuing the recruitment process for regular teaching and non-teaching vacant posts in central universities".

The appointments for teaching posts in central universities were put on hold in July last year in view of a judgement of the Allahabad High Court in April 2017. The court quashed the provisions of UGC guidelines which prescribed that the cadre or unit for determining reservation roster points should be 'university/college' and not 'department', a letter by  to the EC said. The letter was sent to the EC on April 1 and a reply is awaited.

Ministry officials said the EC has already given clearance to Indian Institutes of Science Education and Research (IISERs) and National Institutes of Technology to start  process. The HC order was later upheld by the Supreme Court in July and a review petition filed by the government was rejected.

Due to the matter being sub-judice, many teaching positions have been lying vacant for a long time.  "Out of total number of 17,425 sanctioned teaching posts in 40 central universities, 6,141 posts are lying vacant as on November 1, 2018.  "In order to improve the teaching standards of higher  institutions and to ensure that studies of students are not affected, it is necessary to start the recruitment process immediately so that these vacant teaching positions are  before  of the new academic session," the ministry said.

In a letter to Chief Election Commissioner Sunil Arora, Delhi Deputy Chief Minister Manish Sisodia said that the AAP government does not agree to the proposal of MHRD for seeking permission to complete the recruitment process in the colleges of Delhi University in the midst of elections and when the poll code is in force.

"I once again reiterate that Election Commission should not grant permission to such requests," Sisodia said in the letter.

More teaching jobs coming? Who is responsible? HRD Minister has this to say