How to make Budget 2020 a super-hit budget? Anil Singhvi suggests these three steps 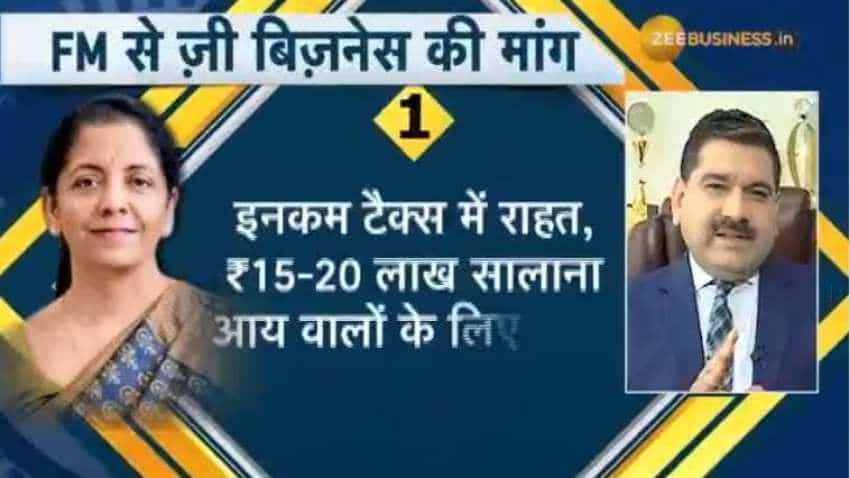 Finance Minister Nirmala Sitharaman is going to present her second budget on 1st February 2020 in Parliament. When she stands to present the Union Budget 2020, all eyes will be on her and wondering how she is going to address the liquidity problem. Zee Business Managing Editor Anil Singhvi has suggested three major steps — income tax exemption to the earning individuals whose annual income is from Rs 15 lakh to Rs 20 lakh, removal of Long Term Capital Gain (LTCG) tax on equity investment and focus on job creation.

Speaking on his suggestions, Anil Singhvi said, "There is a need to boost the Indian economy as liquidity crisis is hitting the Indian economy dearly. To solve this issue, Finance Minister Nirmala Sitharaman should announce income tax exemption to those whose annual earnings are around Rs 15 lakh to Rs 20 lakh. This would increase the spending capacity of the people and hence the liquidity in the market."

He also said that there is a need to remove LTCG tax on equity investment as it doesn't make any sense when an investor has already paid Security Transaction Tax (STT). Once the LTCG is removed, an investor will feel rewarded for investing in the high-risk involved equity investments. He also said that job creation has to be given priority in the budget 2020 as more earning individuals also lead to high spending head in the market.

If we go by the previous records of the Modi Government, we would see that it has been putting thrust on the rural infrastructure projects that would create huge jobs. So, in the coming budget, Anil Singhvi has suggested Finance Minister Nirmala Sitharaman to continue to trust on big-ticket infra projects for job creation. Apart from that Government's welfare projects like MNREGA are also expected to get more fund allocation in the Union Budget 2020.