Analysts expect that key problems of agriculture sector is low productivity, "leakages” in the value chain, and inefficiencies in factors of production. Reforms in those areas are much needed than a farm loan waiver. 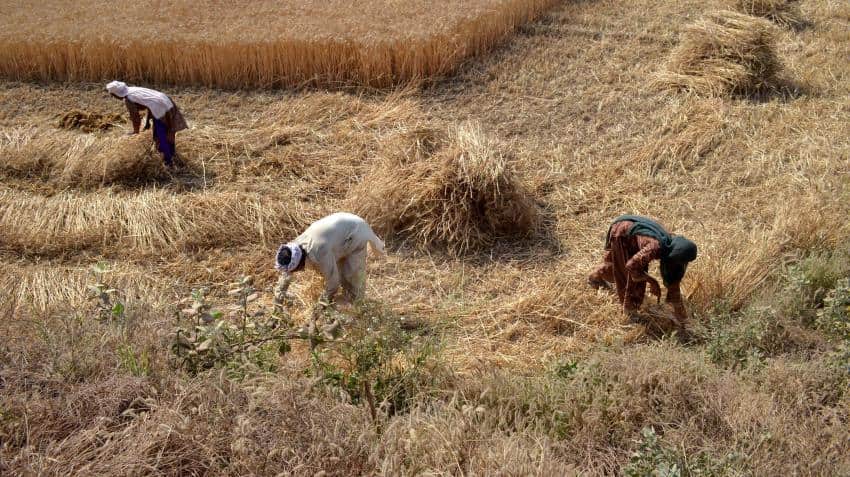 Punjab too has now joined few other states in announcing loan waivers for its farmers.

Amarinder Singh, Chief Minister, Punjab on Tuesday announced waiver on loans up to Rs 50,000 given to economically weaker sections.

Finance Minister Arun Jaitley has already ruled out any federal waiver of farm loans and said the Centre will adhere to its fiscal targets.

Farmers in Andhra Pradesh and Telangana have also demanded for agricultural loan waivers.

It feels impact on Punjab will be maximum with state fiscal deficit jumping by an additional 4.8% of Gross State Domestic Products (GSDP).

SBI said, “We thus believe that states will make provisions of farm loan waiver in their budgets in multiple years as this will not impact fiscal deficit in one single year. Even in that case we will see some worsening of fiscal deficit for some states.”

Kotak Institutional Equities highlighted few areas where reforms are be needed to overcome farmers' distress in India instead of a farm loan waiver.

Shift of farm jobs to more remunerative ones such as horticulture and animal husbandry can bring in proper uniformity in agriculture sector, Kotak report said.

Another problem is inadequate remuneration for farmers which arises from absence of efficient price discovery mechanism. As per Kotak, farmers receive only around 25-30% of retail prices, especially for perishable crops.

It said, “Archaic APMC (An agricultural produce market committee) laws have been blamed for this institutionalisation of middlemen in the value chain. Even though the e-NAM project is at a nascent stage (needs amendment to APMC Acts in states), it can effectively weed out middlemen and enable farmers to directly negotiate with retailers enabling better remuneration and price discovery.”

There are around 2480 APMCs and 4850 sub-market yards regulated by the APMCs.

Kotak said government needs to be open to the idea of exports (even if controlled but proactive) such that farmers do not lose out their produce.

Land leasing laws have led to concealed and unofficial tenancy records. Hence, identification of actual farmers rather than just the land owners has been a major problem. 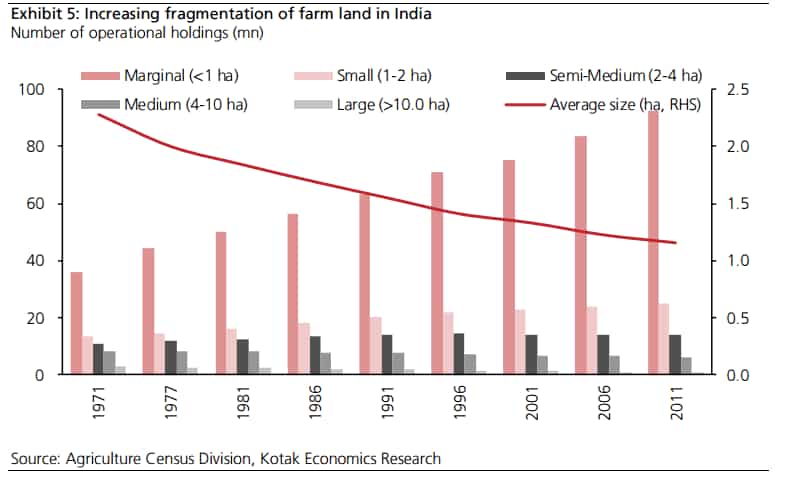