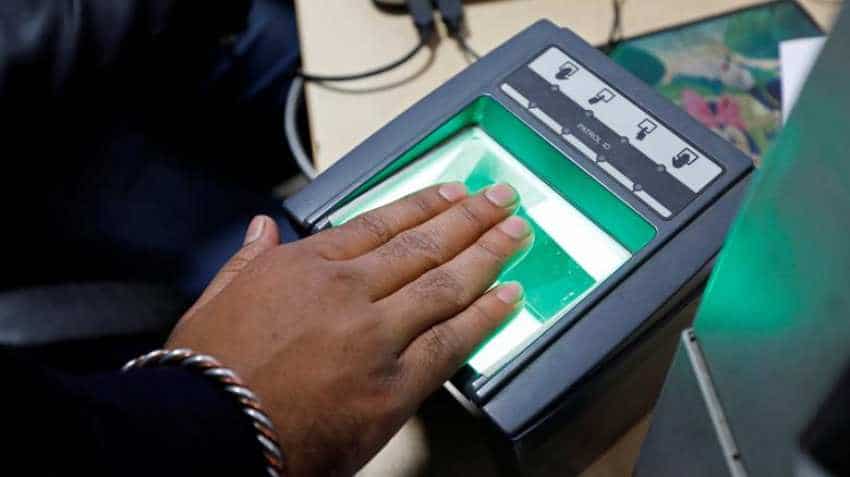 One of the major benefits of possessing the 12-digit biometric Aadhaar card is that it helps in fulfilling vital Know Your Customer (KYC) norms. Photo: Reuters

One of the major benefits of possessing the 12-digit biometric Aadhaar card is that it helps in fulfilling vital Know Your Customer (KYC) norms. Interestingly, the UIDAI has made it even more simple for citizens in fulfilling KYC norms for various services electronically aka e-KYC. Formally known as electronic Know Your Customer (e-KYC) helps in resident authentication process used by organisations like banks. That said, UIDAI allows residents to submit Aadhaar card as an address proof electronically which is valid as a Xerox copy of card itself. However, there is also another similar service and it is called Aadhaar Paperless - it is an offline e-KYC process.

Explaining about Aadhaar paperless offline e-KYC, UIDAI on its website says, "It is a secure sharable document which can be used by any Aadhaar number holder for offline verification of Identification."

Any resident who desires to avail this facility must generate his/her digitally signed Aadhaar details by accessing UIDAI resident portal.

Here's how to generate Aadhaar e-KYC offline, as per UIDAI:

Step 2 - Enter ‘Aadhaar Number’ or ‘VID’ and mentioned ‘Security Code’ in screen, then click on ‘Send OTP’ or ‘Enter TOTP’.

Notably, the OTP will be sent to the registered Mobile Number for the given Aadhaar number or VID. TOTP will be available on m-Aadhaar mobile Application of UIDAI. Enter the OTP received/TOTP.

The Zip file containing the digitally signed XML will be downloaded to device wherein the above mentioned steps have been performed.