The amendment allows private players and others to set up wholesale markets. For the purpose, the agriculture ministry has unveiled the State/UT Agricultural Produce and Livestock Marketing (promotion and facilitation) Act, 2017, that defines each state/Union Territory as a single unified market area 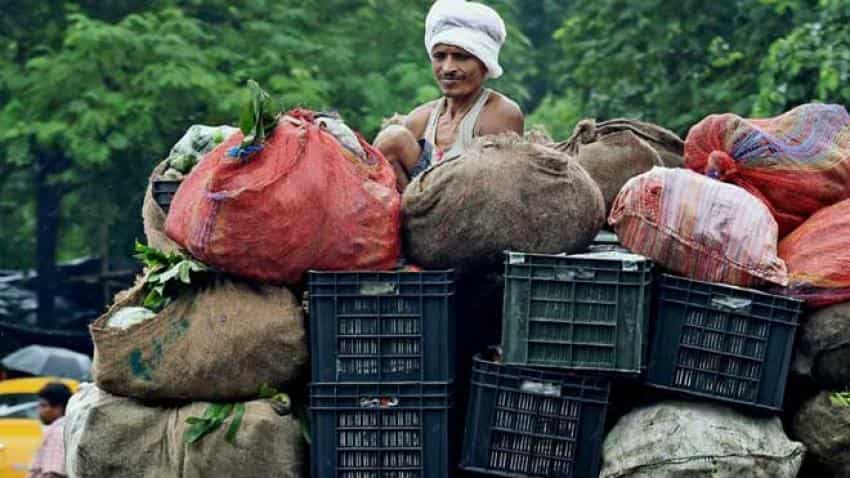 Centre is looking to liberalise the agri-market in a bid to double the income of farmers by amending the Agriculture Produce and Marketing Committee (APMC) Act to end the monopoly of traditional APMC mandis. The amendment allows private players and others to set up wholesale markets. For the purpose, the agriculture ministry has unveiled the State/UT Agricultural Produce and Livestock Marketing (promotion and facilitation) Act, 2017, that defines each state/Union Territory as a single unified market area.  The model law on agricultural marketing introduces features like a single license for farmers to sell their produce, single market within the country, private wholesale markets, direct sale by farmers to consumers or bulk buyers and promotion of electronic trading process among others.

These efforts are being made with an aim to provide an open market to the farmers so that they can get the best prices for their produce. But, the apathy of the states is acting as a big blow to its efforts, as they are not ready to implement the changes in the Act.  "Implementation of the act will benefit the farmers but for that purpose, the government will have to improve the market infrastructure of agri-products, which is very weak at present," says T Haque, the member of land policy cell in the NITI Aayog.

Haque added, "the states should cooperate with the Centre as it will benefit the farmers of the nation." Under the changes, perishable items like potato, onions among others were kept outside the APMC law, this means the farmers will be allowed to sell their products according to their wish. But, Maharashtra is the only state that has implemented this part of the law and Punjab is planning to implement this part of the act soon.

Similarly, when it comes to single license policy for the farmers, Maharashtra and Karnataka are the only two states that have implemented the changes, yet. Other states are refraining from implementing the law by citing revenue loss as a reason. Similarly, the law also keeps contract farming out from APMC Act. 'Under contract farming, agricultural production (including livestock and poultry) can be carried out based on a pre-harvest agreement between buyers (such as food processing units and exporters), and producers (farmers or farmer organisations).  The producer can sell the agricultural produce at a specific price in the future to the buyer as per the agreement.  Under contract farming, the producer can reduce the risk of fluctuating market price and demand.  The buyer can reduce the risk of non-availability of quality produce.

Till date, this amended rule has been implemented by 24 states of the country, but the ironic part is that the states have failed in constituting a dispute redressal mechanism, which will allow the two sides to get a positive result in cases of dispute. The absence of a dispute resolution mechanism in states has restricted the companies from involving themselves in this contract farming system.

Agricultural marketing is a state subject and is governed by their respective Agricultural Produce Market Committee (APMC) Acts. Notably, states are free to adopt portions or the entire model act.