The deadline for linking Aadhaar with PAN ends on March 31. On February 6, The Supreme Court has confirmed that linkage of PAN with Aadhaar is mandatory for  filing  of ITRs. 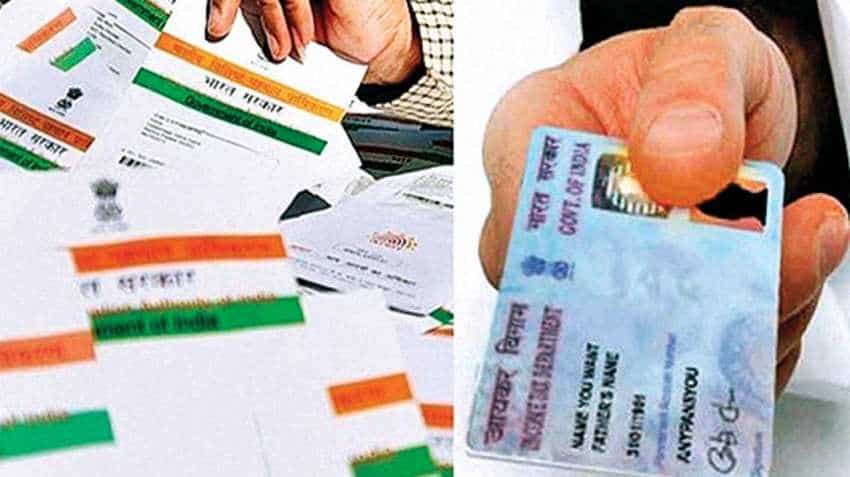 The deadline for linking Aadhaar with PAN ends on March 31. Image source: DNA

The deadline for linking Aadhaar with PAN ends on March 31. On February 6, The Supreme Court has confirmed that linkage of PAN with Aadhaar is mandatory for filing of ITRs. This reiteration of the September order of the top court came on an appeal filed by the Centre against a Delhi High Court order allowing two persons, to file their ITRs for 2018-19 without linking their Aadhaar and PAN numbers. The CBDT has stressed that Aadhaar-PAN linking is "mandatory" for those filing an Income Tax Return (ITR) and this procedure has to be "completed" by March 31 this year.

"Constitutional validity of Aadhaar has been upheld by the Supreme Court of India in September, 2018. Consequently, in terms of Section 139AA of Income Tax Act, 1961 and order dated June 30, 2018 of the Central Board of Direct Taxes, Aadhaar-PAN linking is mandatory now which has to be completed till March 31, 2019 by PAN holders requiring filing of ITR," the CBDT said in an advisory last Thursday.

Below are the steps to check if PAN card is linked with Aadhaar card:-
a. Visit www.incometaxindiaefiling.gov.in

b. Click 'Link Aadhaar' under the 'Quick Links' tab

c. Next, select 'Click here' to view the status if you have already submitted Link Aadhaar request

f. The status of the linking is displayed in the next screen

Lost PAN card: A step-by-step guide on how to re-apply for Pan card