Be a bull! Get 30% returns in 3 months - This stock may become a money magnet for your investment kitty

Experts are of the opinion that due to the inevitable L&T and MindTree merger, L&T Infotech stocks may show Rs 2,160 — 30% above current levels — in two to three month time. 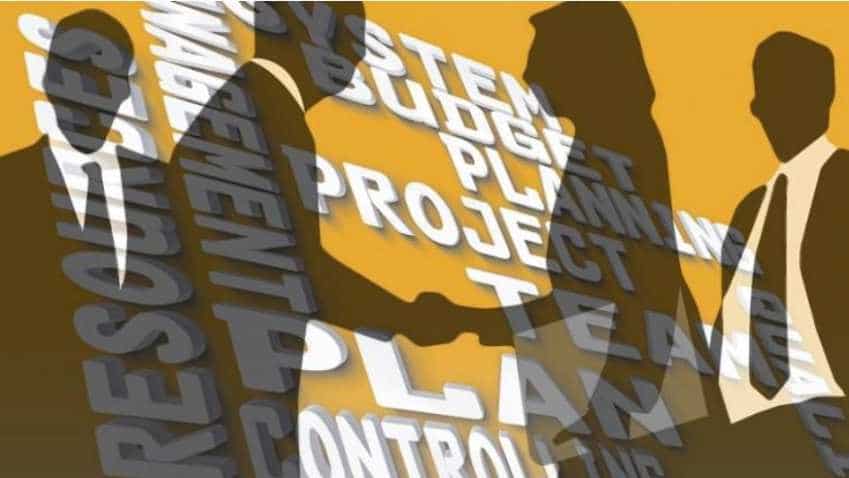 Larsen & Toubro, the parent of L&T Infotech (LTI) has acquired a stake of 20.3 per cent in Mindtree by acquiring VG Siddhartha’s stake. Photo: Pixabay
Written By: Asit Manohar
RELATED NEWS

On account of expected MindTree merger with the L&T Infotech after buying of 20.3 per cent shares of the MindTree from Cafe Coffee Day (CCD) owner VG Siddhartha, equity experts are highly bullish on the L&T Infotech shares. The market experts are of the opinion that the LTI counter can show Rs 2,160 per stock levels in mid-term perspective means in around two to three month. Currently, the LTI stock is oscillating around Rs 1,660 per stock levels, means if the expert's views are to believed, an investor can expect around 30 per cent return in his or her investment in two to three month.

Ravi Menon, Analyst at Elara Securities told Zee Business online, "Larsen & Toubro, the parent of L&T Infotech (LTI) has acquired a stake of 20.3 per cent in Mindtree by acquiring VG Siddhartha’s stake. We believe this will inevitably lead to a merger of LTI and Mindtree, as L&T is unlikely to retain two listed entities with complementary capabilities in the same industry. The LTI-Mindtree combined entity will have trailing 12 month (TTM) revenue of $837mn in BFSI, $520mn in hi-tech & media and $554mn in manufacturing, retail and CPG." Menon said that it implies scale larger than TechM in BFSI, hi-tech and media verticals.

Standing in sync with Elara Securities vies; Chandan Taparia, Analyst at Motilal Oswal said, "L&T buying the 20.3 per cent shares of the MindTree will have a huge impact on L&T counter. We can expect a bull run in the L&T stocks in small to mid-term perspective."

On how much upside movement an investor can expect in the L&T counter Ravi Menon of the Elara Securities said, "Despite the obvious integration risks and possibility of some senior and middle management exits in the event of a hostile takeover of Mindtree by L&T Infotech, we think the combined entity will be in a sweet spot with scale in almost all major verticals, barring healthcare. We reiterate buy with a target price of Rs 2,160 for LTI." Currently, the LTI counter is oscillating around Rs 1,665 per stock levels.