How to be rich: Check T Boone Pickens mantra for wealth creation - Iconic billionaire reveals what leads to success

It takes a team for any successful enterprise. Who could know this better than T Boone Pickens, a Linkedin influencer with seven-decades of experience as a business executive. 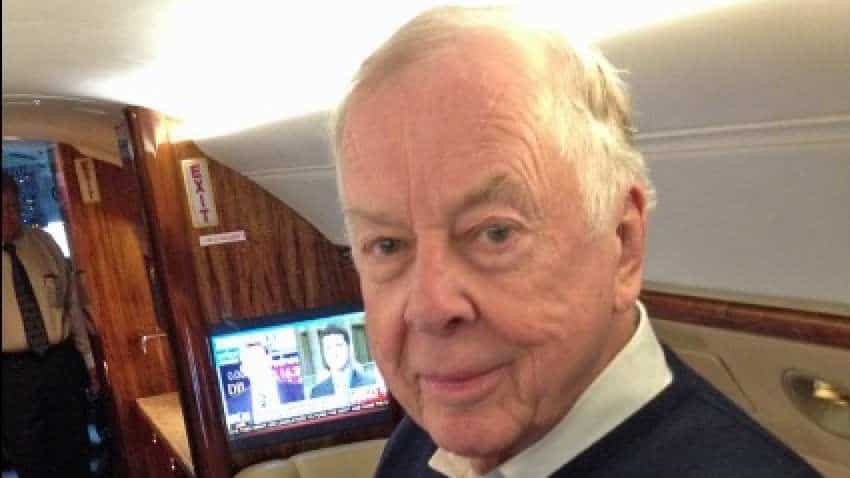 At the start of every meeting, T Boone Pickens makes it a point to ask the teammates, "Whaddya got?". Image: Facebook/Pickens
Written By: ZeeBiz WebTeam

It takes a team for any successful enterprise. Who could know this better than T Boone Pickens, an iconic billionaire with seven decades of experience as a business executive. In his career, Pickens has founded Mesa Petroleum and a hedge fund - BP Capital. Ninety-year-old Pickens is a treasure trove of team management. In a Linkedin post, Pickens revealed some of his secrets on February 27 last. Boone said it is important to concentrate on goals, not the size of an organisation. For measuring the extent of success, Pickens thinks measuring profits is a better yardstick than the size of the budgets.

"To me, measuring profits has always been a better yardstick than the size of our budgets. There is little point in developing a $10,000 accounting system to track 10 cent pencils," he writes. Pickens credits his success to the performance of his team. He writes it is not only important to know the team and support them in bad times but equally important is to define a culture and set expectations.

The Linkedin influencer thinks of communication as the "key" to success. He says, "there should be no surprises."

"I credit much of my success to how well these teams performed. While knowing your team and supporting them in times good and bad are critical, defining culture and setting expectations are equally essential," writes Pickens. At the start of every meeting, Pickens makes it a point to ask the teammates, "Whaddya got?". This forces every team member to be well-informed in their area of operation and bring value to the table.

"Knowing the question is coming also encourages everyone to be in the game, and on their game, and triggers knowledge sharing among the team,"  writes Pickens.

On leadership, Pickens says, "Part of leadership is taking risks and building confidence in yourself. Urging those qualities in your team is just as important." He suggests the leader should not waste anyone's "productive time" and "mine the details" to be in a "better position to lead".