How rate-sensitive stocks fared ahead of RBI monetary policy outcome

Nifty Bank was little changed to end at 26,251 level. Bank of Baroda, YES Bank and IDFC Bank tanked the most, dipping up to 3 per cent. Federal Bank, RBL Bank and HDFC Bank gained 1 per cent each. 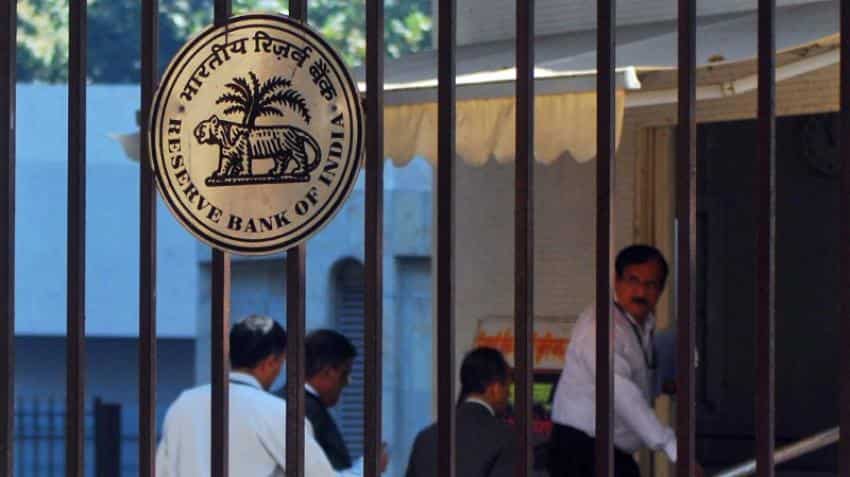 Stocks from the rate-sensitive sectors such as realty, banking and auto ended lower in Tuesday's trade as investors remained cautious ahead of the outcome of Reserve Bank of India's monetary policy meeting that concludes on Wednesday.

Nifty Bank was little changed to end at 26,251 level. Bank of Baroda, YES Bank and IDFC Bank tanked the most, dipping up to 3 per cent. Federal Bank, RBL Bank and HDFC Bank gained 1 per cent each.

Nifty Realty index also ended lower, shedding 1 per cent to 278.60. HDIL contributed most to the losses, cracking 11 per cent. Unitech, Indiabulls Real Estate and Phoneix slipped between 2 per cent to 3 per cent.

Meanwhile, an increasing number of economists expect the RBI to raise interest rates on Wednesday, a Reuters poll found, but most still think the central bank will stay on hold and use this week’s meeting to prepare for an August hike.

In a snap poll of 56 economists taken after gross domestic product data on Thursday, 26 of those respondents, or about 46 per cent, expect the RBI to take the repo rate higher at the June 6 meeting. The GDP data showed India grew at its fastest pace in nearly two years in the January-March period.

That compares with 21 of 57 economists, or about 40 per cent of them, in a poll taken before the GDP data was published.

While most economists in the latest Reuters poll expect the repo rate to remain at 6 per cent on Wednesday, a majority forecast the RBI to raise it by 25 basis points to 6.25 percent in August.

If indeed RBI hikes interest rates on Wednesday, it will be positive for banking stocks as lending rates will go up. However, the move will be negative for auto and realty stocks because a higher lending rate will dissuade people to take auto or home loans.