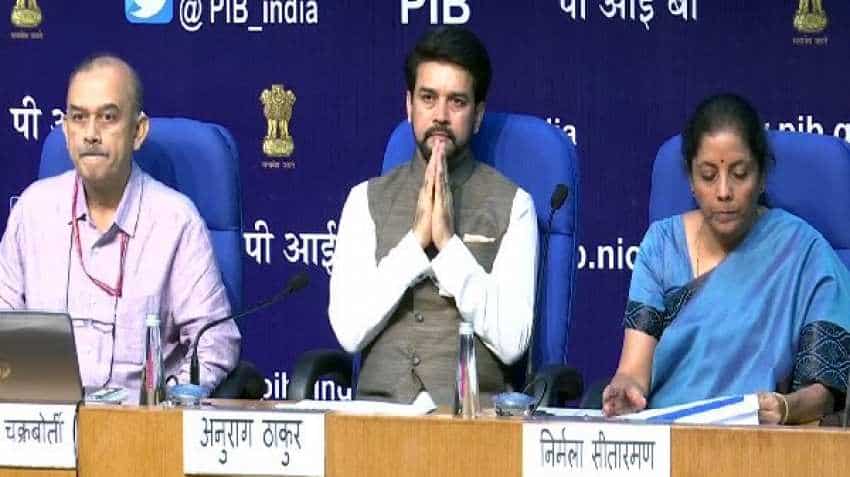 Finance Minister Nirmala Sitharaman today announced a fresh set of measures to boost exports and the housing sector. These announcements came as GDP growth reached to a six-year low of 5 per cent in April-June quarter and several sectors facing low demand. The Finance Minister opened a special window of Rs 10,000 crore fund to provide last mile funding for housing projects which are non-NPA and non-NCLT and are net worth positive in affordable and middle income category. The step has been taken to complete the unfinished housing projects.

This decision comes as a pre-Diwali gift for the housing sector and will bring relief to the beleaguered housing sector, believes Abhilash Pillai, Partner, Cyril Amarchand Mangaldas. Pillai told Zee Business Online that the help extended to builders will allow millions to homebuyers to make their dream come true.

"The announcement of the FM comes as a great relief to the beleaguered housing sector and the home buyers. The Government backed Fund is expected to be managed by the Industry Experts and they are expected to fund non-npa & non-IBC affordable & middle income projects for its completion. This aid to the developers will make the dreams of millions of home buyers come true," he said.

Sitharaman said that there would be special window for affordable and middle-income housing. "Under this, a special window to provide last-mile funding for housing projects which are non-NCLT, non-NPA cases to complete unfinished projects. For this, a fund of Rs 10,000 crore would be contributed by the government and "roughly the same size by outside investors," she said.

Another major announcement from the finance minister was the relaxation of ECB norms for housing sector. Pilla believes that this will  stimulate the appetite of the home buyers and the sector.

Further, interest on house building advance would be lowered by linking it with 10-year government securities.

The other key measures announced by Sitharaman include extending the scheme of Reimbursement of taxes and Duties for export promotion, fully automated electronic refund for Input Tax Credits (ITC) in GST, revised priority sector lending norms for exports and expanding the scope of Export Credit Insurance Scheme (ECIS). Sitharaman also announced to reduce turnaround time for exports by leveraging technology and benchmarking it to Boston and Shanghai ports.

She said that priority sector lending norms for exports is being examined by the RBI and the guidelines will come out soon. Further, government will provide Rs 1,700 crore for export guarantees and to cut credit cost for the exporters.