Covid 19 vaccination drive has been going on in full swing. Those above the age of 18 years are also now eligible for the vaccination that started on May 1, 2021. 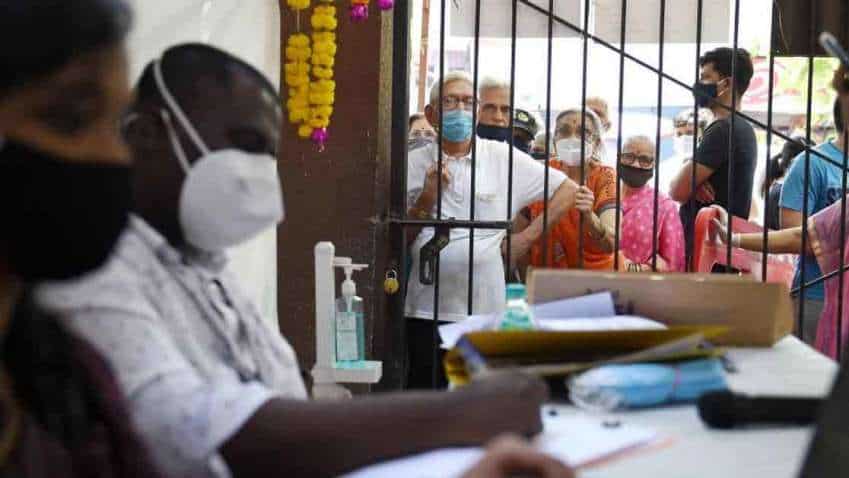 Covid 19 vaccination drive has been going on in full swing. Those above the age of 18 years are also now eligible for the vaccination that started on May 1, 2021. However, vaccine shortage has somewhat affected the inoculation drive as many states were facing shortage of vaccines to undertake third phase of vaccination.

Meanwhile, the government has released data about those covered in the vaccination drive. As per the data, around 31% of eligible population over the age of 45 has been given at least one dose of Covid 19 vaccine, said Prime Minister's Office (PMO) on Thursday.

Prime Minister Narendra Modi was briefed about it during state-wise and district wise review of the Covid-19 related situation in the country.

The need to ensure quick & holistic containment measures were also discussed. PM noted that an advisory was sent to the states to identify districts of concern where Case positivity is 10% or more & Bed occupancy is more than 60% on either oxygen supported or ICU beds.

PM also reviewed the availability of medicines. He was briefed about the rapid augmenting of production of medicines including Remdesivir.   PM reviewed the progress on vaccination & the roadmap for scaling up production on vaccines in the next few months. He was informed that around 17.7 crore vaccines have been supplied to the states. PM spoke about the need to sensitise states that the speed of vaccination doesn’t come down.