How many jobs created in India over 4 years, how many government jobs lying vacant? PMO want to know

As the Narendra Modi government completes four years in office, the Prime Minister’s Office (PMO) has directed all ministries and central government departments to list jobs created all this while, and posts still vacant. 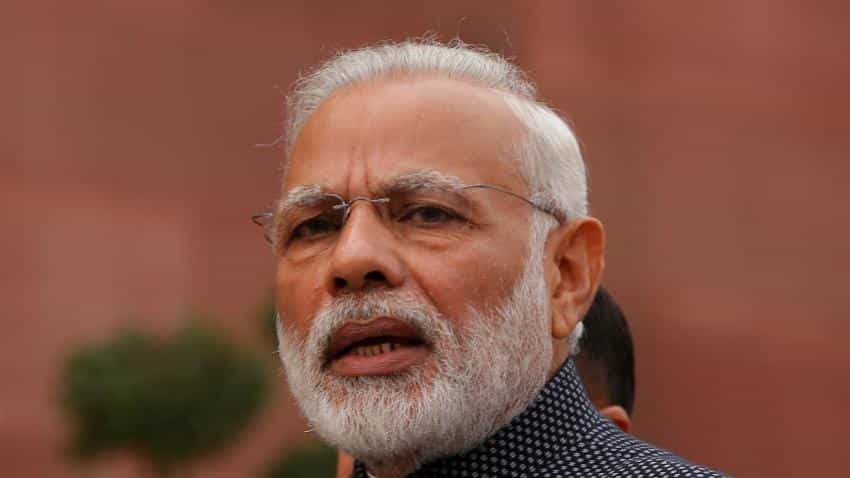 While Modi has sought reasons for vacant posts and talks about employment generation, his government has planned to abolish all posts vacant for more than five years. Image source: Reuters

As the Narendra Modi government completes four years in office, the Prime Minister’s Office (PMO) has directed all ministries and central government departments to list jobs created all this while, and posts still vacant.

The PMO has also sought complete details of programmes of the central government that played a vital role in creating jobs across the country. In an internal note to the ministries, the PMO sought a detailed note on projects, schemes and initiatives and employment they have created.

The PMO has also said all ministries should provide supporting documents to back their claims of job creation, and how various programmes impacted India’s Gross Domestic Product (GDP) growth.

From Skill India programme to Digital India and Make in India, and from Swachh Bharat Mission to Shyama Prasad Mukherji Rurban Mission, PM Narendra Modi has launched around 30 flagship programmes in the last three years to generate jobs and improve ease of doing business in India.

In December last year, the Minister of State for Personnel, Jitendra Singh, said in the Lok Sabha that four lakh posts are vacant in various central government departments. In a reply to a question, he said: “As per the annual report on pay and allowances of central government civilian employees, the number of vacant posts in various ministries and departments is 4,12,752 out of total sanctioned strength of 36,33,935 as on March 1, 2016.”