Decline in occupancies was more visible in cities like Goa, Pune and Ahmedabad, according to the Hotel Momentum India (HMI) – H1 2019, the half-yearly hospitality monitor (for January to June 2019 period) 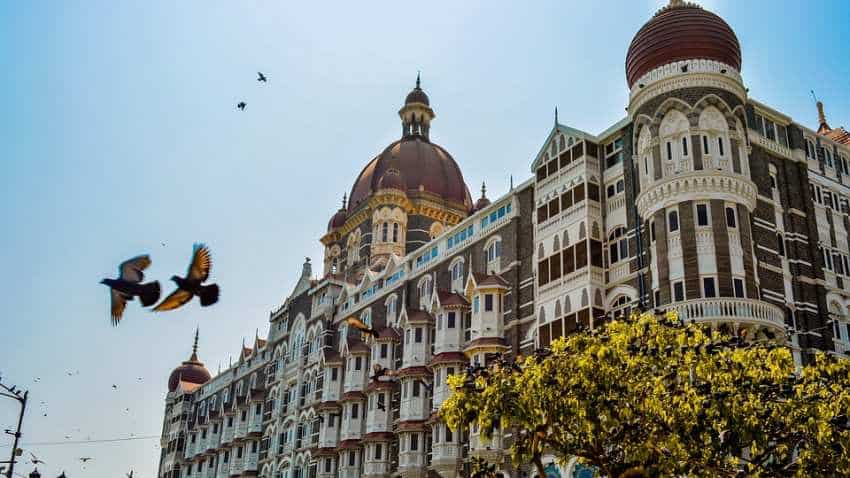 The HMI further said that the country has seen a rise in branded hotel signings in the first six months (Jan-June) of 2019. Representational Image/Pixabay
Written By: ZeeBiz WebTeam
Edited By: Harish Dugh
RELATED NEWS

Long election season spanning April and May, grounding of Jet Airways causing last-minute flight cancellations and expensive alternate itineraries, followed by a harsh summer and travellers opting for overseas travel during holiday season, have together contributed to reduction in occupancies across hotel segments in key Indian cities. Decline in occupancies was more visible in cities like Goa, Pune and Ahmedabad, according to the Hotel Momentum India (HMI) – H1 2019, the half-yearly hospitality monitor (for January to June 2019 period), released today by JLL Hotels and Hospitality Group. However, thanks to upwardly stable Average Daily Rates (ADR), the hotels continued to maintain momentum during these first six months, the HMI added.

At the country level, nine out of the top 11 markets witnessed a marginal rise in RevPAR performance during this period. In RevPAR percentage terms, as compared with the corresponding period the last year, Hyderabad ranked on top. Bengaluru and Gurugram followed on the second and third rank, it said. Mumbai, however, is the RevPAR leader in absolute term.

“First three months of the year (January to March) continued to perform well on back of winter season, which is conducive for leisure travel into India. Business travel also remained strong. But subsequently, problems relating to Jet Airways and a long election season (April to June period) forced travellers to change or defer their travel plans. Last-minute flight cancellations and expensive re-ticketing forced people to look at alternative economical international destinations. This impacted the performance of cities such as Goa and Jaipur, and also business markets such as Pune and Ahmedabad. Despite these challenges, top cities have performed decently during the first six months of the year,” said Jaideep Dang, Managing Director of JLL India’s Hotels and Hospitality Business.

“We expect the room rents to remain stable in the future. Few cities, however, which are high on tourism radar and are business-wise important, are likely to see an upward movement in rents. This trend is likely to keep the performance and growth of the sector intact in coming quarters too,” he added.

The HMI further said that the country has seen a rise in branded hotel signings in the first six months (Jan-June) of 2019. During the period, the country witnessed a total of 85 hotel signings, comprising of 8,612 keys. While budget brands looked promising in 2018, upscale and midscale hotel brands have contributed the maximum to the signings during the first half of the year, according to the half-yearly update.

“Despite the fact that real estate market in the country is going through a difficult phase, new hotel signings suggest that there are businessmen and entrepreneurs from other trades who are investing in hotels given its long term potential,” said.