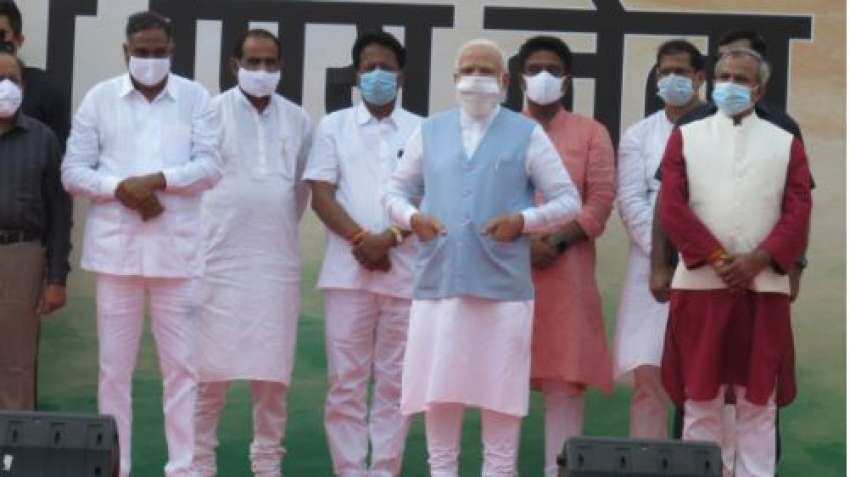 His three-day trip to the United States was packed with meetings as he attended 20 of them during the around 65 hours he spent in the country. Source: IANS
Written By: PTI
RELATED NEWS

Prime Minister Narendra Modi''s ability to maintain a high level of energy while keeping a busy schedule on his trips abroad has drawn curious enquiries from admirers and sceptics alike.

Official sources say that one of his tricks is to pack his hours with back-to-back engagements so that it doesn''t let the mind think much about any fatigue. As Modi returned from his three-day visit to the US on Sunday, sources said travelling around at a hectic pace while keeping tiredness at bay is not a new attribute of him.

"When he used to visit the US in the 1990s, an airline at that time used to give a monthly travel pass at heavily discounted rates. To make the most of it, Modi would always travel in the night as this ensured that he could visit most places while not having to spend a penny on hotels. His night would be invariably spent at the airport and in the plane," a source said.

As soon as he steps on the flight, the prime minister tunes his body and sleep cycle to the time zone of the destination, sources added, noting that if this means even if it is night in India when he takes off, he may not sleep if it would be day in the country of destination.

He does the same thing when returning to India and tunes his body and sleep cycle according to the Indian time, ensuring that he is fresh and ready to go when he lands during the day time. Modi also ensures drinking a lot of water as doctors suggest that the air in the plane sucks out moisture in the body, they added.

His three-day trip to the United States was packed with meetings as he attended 20 of them during the around 65 hours he spent in the country. He also had four long meetings in flights with officials on the way to and back from the US.