Housing Finance Companies Problem is a long-term game; it can’t be sorted out in one go: Yashpal Gupta, Repco Home Finance

The government must increase affordability and incentivise people to buy homes, says Yashpal Gupta, MD & CEO, Repco Home Finance. Gupta during an interview with Swati Khandelwal, Zee Business, said the government should come out with some credit enhancement products.... 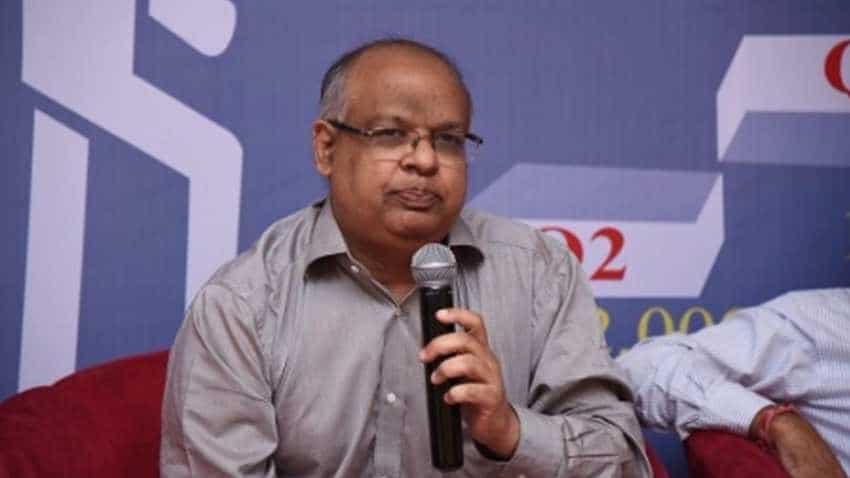 The government must increase affordability and incentivise people to buy homes, says Yashpal Gupta, MD & CEO, Repco Home Finance. Gupta during an interview with Swati Khandelwal, Zee Business, said the government should come out with some credit enhancement products and the regulators must create a funding line for good NBFCs and HFCs. Edited Excerpts:

Q: What are your expectations from the upcoming Union Budget?

A: We have three types of expectations from the Union Budget and they are (i) NBFC and HFC sectors are struggling since a long time and amid such a situation, the banks, who fund a lot to the sector, are using the same lens to look at every company of the sector. Under such a situation, I would like to request to the Reserve Bank of India and the Union Government to ask the bank to not use same lenses to judge every company and start funding the NBFCs and HFCs that are doing well in the domain. (ii) it should increase NHB (National Housing Bank) funding so that it increases refinances. (iii) the real estate sector is going through a difficult phase and at such a situation the government through this budget should help it by (a) increasing affordability and incentivising people for buying the houses and this can be attained by offering tax exemption and it can be done by increasing the principle of housing and (b) by introducing new measures to encourage and construction and its speed as several products have been stuck and are lying idle due to increased  cost of construction. Besides, we have a long wish list but want that the government should do something to support it.

Q: The GST council in the recent past has given several concessions including tax reduction for real estate affordable houses. Did these steps had any impact on your business and the sector as a whole?

A: Yes, it has benefitted us, but it is not visible on the ground, yet. Actually, there are two types of people who purchase property and they are (i) for investment purposes and (ii) to reside at the homes. So, the purchaser, the customer, think if I am paying for the property then why I should not wait till the project is completed as I will not have to pay the GST. Secondly, the buyers have a feeling that the rates will go down in the recent future, so why I must not defer the purchase for a time being. Thus, the concessions have brought in certain improvement, but it is not enough to fillip the real estate sector.

Q: Market is not reacting positively towards the housing finance companies, as investors are pulling back their money from mutual fund and other places. Can you suggest something to tackle the problem?

A: See, it is a long-distance game and can’t be resolved in a go. But, I feel the regulators, the NHB as well as the RBI, should look that who is going through a temporary liquidity problem and who is going through a long-term solvency problem. Then their asset quality should be indexed. When it comes to good companies like ours then they must face problems related to a funding shortage, as bringing the entire sector into the problem will stop funding and create a problem for the economy. So, the government of India should come out with some credit enhancement products and the regulators must create a funding line for good companies as it is a must thing at present.

Q: Talks are there that the regulations of the housing finance companies should be shifted to RBI instead of NHB. What is your take on the same?

A: I am neutral on it. Having NHB will be advantageous because its presence brings a special focus on the housing finance companies. It can look into the problems associated with it and make regulations accordingly. When it comes to RBI, which has a lot of work to do like regularisation of banks including small finance bank and small payment banks, cooperative banks and NBFCs. But, we are neutral with both as we have seen that every regulator works in the same way, thus it will not make much difference.

Q: Update us about the company’s Asset Liability Management’s health and are you facing any liquidity crisis or not?

A: No, we are not facing liquidity problems because our market borrowings like CP is too small and we are paying it on time. Secondly, our asset base is linked to retail and that’s why our cash inflow is stable, and we are earning about Rs200-250 crores/month. So, we don’t face liquidity problems. But, we are facing certain problems while raising new funds because the banks have got very cautious. This cautiousness may have an impact on the growth, but I don’t think that there will be any problem of liquidity.

Q: Repco Home Finance has its exposure in Tamil Nadu but during our last conversation you said that the company will be expanding its exposures to other geographies too. How far have you reached and how it will be expanded more?

A:  Since our last conversation, we have opened a few branches in Rajasthan, a state where we were not present, earlier. Apart from this, we have also launched new branches in Madhya Pradesh, Gujarat and Maharashtra. So, we are focusing on western India, but Tamil Nadu is our market and will continue to be. In fact, Tamil Nadu has 56 per cent contribution to our business and will continue contributing to us. When it comes to new areas then we are going slowly, as we do not want to move very fast in the areas, because it has its own risks and we have to understand it. However, we have opened new branches in some states in the last 5-6 months.

Q: A new trend of the merger between NBFC and banks in the financial segment is the talk of the town. What is your take on it and do you have any plan in that regard?

Q: Then, what is your take on this merger of NBFCs and the banks?

A: It is hard to comment on it because the NBFCs are merging with the bank with two objectives and they are (i) to reduce the cost of fund, take the advantages of the entire banking system and combine their asset base with banks asset base. If it happens in a good manner then it is good for the economy as well as for both the companies. But, it carries its owns risk factors and they must be looked after. For instance, the small finance banks have their own asset base but have failed in mobilizing low-cost deposits. Thus, we will have to look at both aspects. Apart from this, turning into a bank will create a need to meet certain compliance rules like maintaining CRR and SLR among others. I feel, the move is good but should be looked case-to-case and we can’t say that if it is good then every NBFC and banks should adopt the same path. However, its cost-benefit and risk factors should be analysed. But, it is a good concept and such churnings are needed in the financial segment.

A: There was a slowdown in the fourth quarter of FY19 and first quarter of FY20 due to elections. Growth is a challenge amid the ongoing slowdown in the real estate sector. But we are expecting that in the budget and beyond it, the government and regulators will take certain steps that can boost demand after the second quarter and availability of funds will be eased out. Such steps will help us to grow better. But, under the prevalent conditions, we reported a 12 per cent growth in the last fiscal and feel that we will be growing by around 15 per cent in this fiscal. But, good measures of the government and regulators and demand pick up as well as funding availability will help us to increase the expected growth to 18-20 per cent.