Producer Sajid Nadiadwala said that despite being a festival day, people came to see the film and enjoyed it. He has hoped to earn more in a few days after the festival ends. 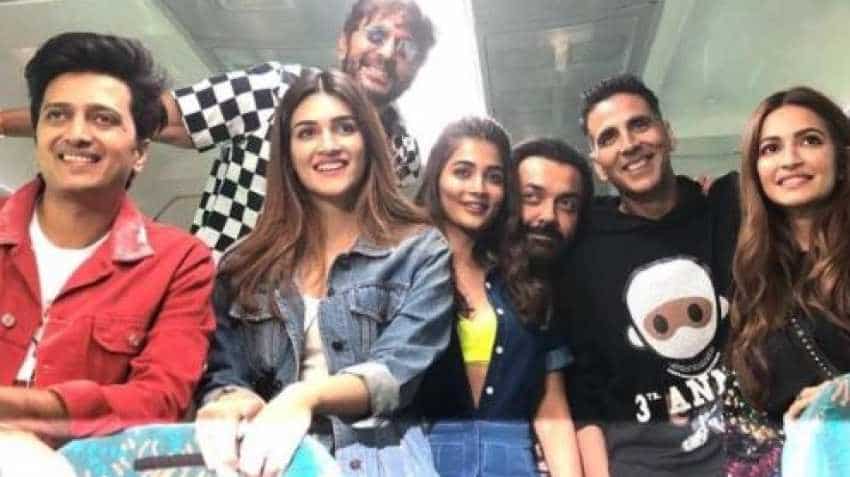 Producer Sajid Nadiadwala said that despite being a festival day, people came to see the film and enjoyed it. He has hoped to earn more in a few days after the festival ends. 'Housefull 4' had a collection of Rs 18.81 crore at the box office on the second day. In two days, the film did a business of 37.89 crores. On Sunday, the total collection of the film will be 52.89 crores.

The movie features actors like Akshay Kumar, Riteish Deshmukh, Bobby Deol, Kriti Sanon, Pooja Hegde and Kriti Kharbanda in the lead roles. There are other two films released recently are Taapsee Pannu's and Bhumi Pednekar's Saand Ki Aankh and Rajkummar Rao's and Mouni Roy's Made In China. How Housefull 4 does during the week days will give us a better idea about its lifetime collection potential.

Meanwhile, Akshay Kumar has become the only other actor who is close to beating the record that Salman Khan holds. Akshay Kumar’s hits include 16 hits like Holiday, Entertainment, The Shaukeens, Baby, Gabbar Is Back, Brothers, Singh Is Bliing, Airlift, Housefull 3, Rustom, Jolly LLB 2, Toilet: Ek Prem Katha, Padman, Gold, 2.0, Kesari and Mission Mangal.

Housefull 4, along with Akshay Kumar has Riteish Deshmukh, Bobby Deol, Kriti Sanon, Pooja Hegde, Kriti Kharbanda, Chunky Pandey, and Nawazuddin Siddiqui in lead roles. The film is expected to post a grand opening at the ticket counters and may attract a huge audience around the festive season.