Hotel room rates to revive after a decade as occupancy rises 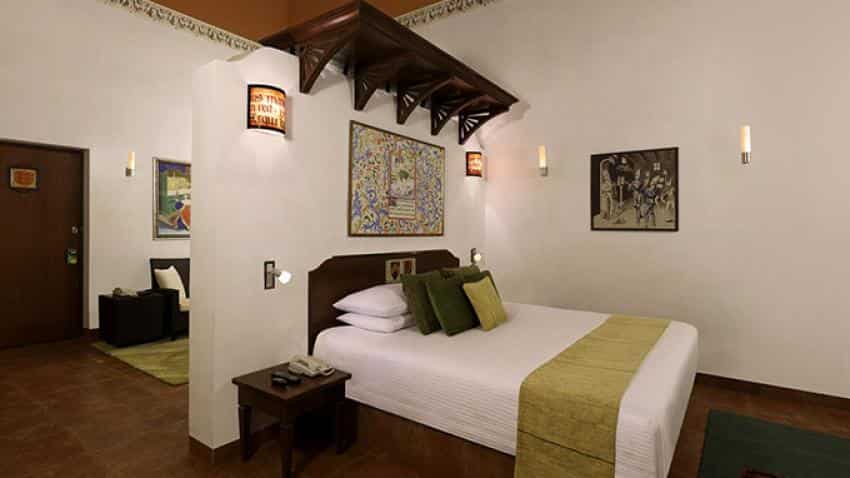 For the first time in 2017 occupancy levels across hotels in India hit 65%, which is very critical for the industry: Patu Keswani. Image source: Lemon Tree Hotels
Written By: ZeeBiz WebTeam

As occupancy levels across hotels in the country stabilise between 65% and 68%, the Indian hospitality industry is hoping for a revival in room rates that have largely remained subdued since past many years. The sector, according to industry experts, has witnessed tough times between 2009 and 2015, and things have finally started to look up now.

Patu Keswani, chairman and managing director, Lemon Tree Hotels told DNA Money that for the first time in 2017 occupancy levels across hotels in India hit 65%, which is very critical for the industry. “This year, as per Howarth HTL India, occupancy levels will hit 68%. And over the next five years, they will shoot over 70%, which is like revisiting the glorious years between 2004 and 2008. This means room rates, which have been under pressure and remained stagnant, will finally start moving up,” said Keswani, whose LemonTree is expected to come out with an initial public offer (IPO) to raise Rs 1,000-1,200 crore.

According to H1 2017 preview report by hospitality consulting firm Howarth HTL India, the revenue per available room (RevPAR) growth across 15 markets ranged from 1.3% (in the case of Delhi NCR) to 36.6% (in the case of Ahmedabad).

RevPAR is a performance metric calculated by multiplying a hotel’s average daily room rate (ADR) by its occupancy levels. While six out of the top 15 markets suffered year-on-year ADR decline, only six markets achieved double-digit RevPAR growth, mainly based on occupancy and partially supported by rate growth in some business cities, the consulting firm noted in its report.

And with the industry nearing the end of the traditional tourist season starting October 2017 and ending in April 2018, the hospitality, travel and tourism trade is hoping to continue the growth momentum, witnessed during the first five months of the season, in March as well.

Karan Anand, head - relationships, Cox & Kings Ltd, in response to DNA Money queries said, “We have seen a growth throughout the year and we are confident that this will continue.”

On how is the market looking for the summer months starting March going on till May-June, Vishal Kamat, chief executive officer, Kamat Hotels, said that depending from one market to another, room rates will remain same or increase in some cases even during summer months. “While leisure travel takes a hit initially, the gap gets filled by business travellers (because March is the last month of the financial year for a majority of the Indian and international companies). Thereafter, domestic leisure travel starts picking steam leading to increased tourist traffic across key holiday destinations in the country,” said Kamat.

Room rates, according to Anand, are likely to remain stable in March and in some places may decline due to the off-season. “However, since the peak season for domestic travel begins in April, the room rates are likely to rise slightly towards that month. Domestic travellers are now the backbone of the hotel industry. Today, even the five-star hotel chains depend on the domestic tourists to fill their rooms.”