Looks like the days of weak to muted auto sales are getting over, and now carmakers are set to turn positive. 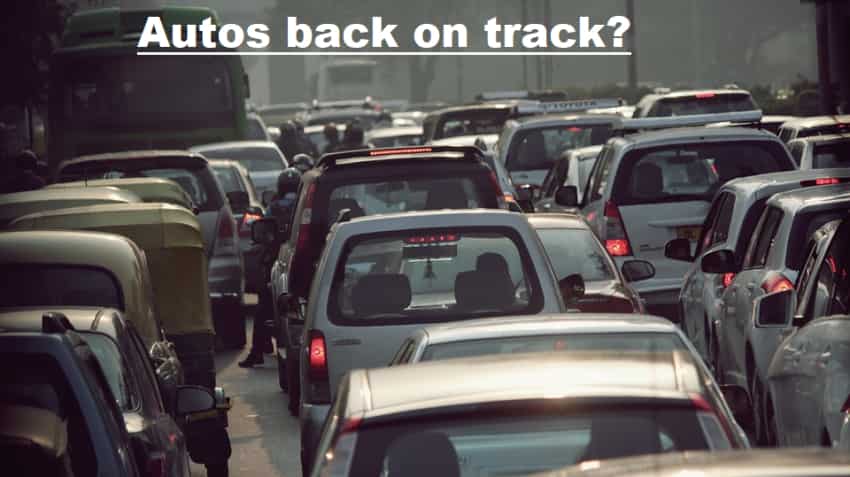 The auto sector, which has been witnessing lackluster demand over past few quarters, are now in for a treat, thanks to the Reserve Bank of India (RBI) repo rate cut, which happened for the third time in a row. Interestingly, looks like the days of weak to muted auto sales are getting over, and now carmakers are set to make a positive come back. Not only that, even auto stocks are trading at reasonable valuations, hence, creating a buying opportunity for investors. On Thursday, auto stocks were mostly trading in red, with the S&P BSE Auto performing at 18,223.81 down by 162.60 points or 0.88%. Major stocks like Apollo Tyre, Balkrishna Industries, Tata Motors, Ashok Leyland, Bharat Forge, Hero Motocorp, Maruti Suzuki, Bajaj Auto, TVS Motor, M&M, Eicher Motors and MRF were also in the losers list.

But here’s why you should buy auto stocks when they are at lower levels.

Jigar Shah and Vikram Ramalingam, analysts at Maybank Kim Eng said, “We believe the demand weakness in the auto sector may be in its last stages following the third rate cut in 2019 and timely onset of monsoon. A bright spot was the slight improvement in the MoM sales of motorcycles, even with the decline in cars (-26%), trucks (-10%) and scooters (-15%). We believe the impact of recent rate cuts is now filtering through the market and liquidity should improve in 2H enabling the dealers/customers to resume purchases. A stimulus package for the economy in the 5 July budget could also unleash latent demand.”

Talking about overall May sales, the duo believes motorcycles segment were exception in an otherwise dull May. They added, “May domestic motorcycle sales for Bajaj Auto rose 7% YoY (flat MoM), while those for Hero Motocorp increased by a faster 14% MoM because the entry segment with high focus on fuel efficiency attracted price conscious buyers. Suzuki announced its withdrawal from the entry level motorcycle market, which augurs well for Hero and Bajaj. Scooter sales fell 15% YoY for Honda and 21% YoY for TVS, indicating a shift by consumers to more fuel efficient and lower cost products.”

Now that focus has shifted to production cuts and transition to BSVI, the duo at Maybank explains saying, “With the continuing slack demand, most automakers cut production by 17% (15-18 days) in 1Q. Automakers are also focused on minimizing the impact of the transition to the new BSVI standards by maximizing localisation and minimizing the increase in cost to end customers (April 2020). The industry is confident of beating analyst estimates for an 8-10% price increase due to the shift to BSVI. We believe MSIL will be a big gainer from BSVI because of its predominantly petrol-based portfolio of cars vs MM, while TTMT and Toyota, which have relatively larger diesel portfolios are more exposed to larger cost increases.”

On auto stocks, they said, “We believe auto stocks are trading at reasonable valuations with upside hinging on a strong recovery in demand from 2H. Demand should be supported by a normal monsoon, interest rate cuts, GST rate cut, and demand stimulus from the federal budget on 5 July (direct tax cuts and infrastructure spending).”

Maintaining positive on auto sector, the analysts have given buy on  MM and HMCL due to their attractive valuations.